Someone Just Prayed for You in the Midst of the Hard

Someone just prayed for you.

Someone just prayed for you.

The hour was late, and I was feeling the weight of pain as I rushed to get ready to leave. Yet another medication, along with the disease itself, had caused strange side effects for me. But this time, the on-call nurse told me to get into the ER as soon as I could. This particular reaction was one to be taken very seriously. I sent off a few quick prayer requests to family and friends, and wished that it wasn’t so late, and that I had time to send more. Suddenly we were at the hospital, and my battery was so low that I couldn’t afford to get online other than a quick glance.

And there it was, a new email stating: “Someone just prayed for you” at the Chronic Joy Prayer Pond.

I had not had time to post a request there, so how had anyone known?

And then I remembered my most recent request from just a few weeks ago: I was having an allergic reaction and requested prayer that I would not have to go into the hospital.  God had answered that prayer by keeping me safe at home that night. But now, He was answering the deeper need in my heart by letting me know that someone was praying for me on the night when I did have to go into the hospital.

Prayer is a lifeline.

After several hours and many tests later, I was released to go home, with instructions to speak to my Rheumatologist the next day. The immediate danger had begun to lift, and the greater protection of God was felt even more strongly in my heart. Those prayers had felt like a life-line as my husband had to drop me off. My own heart began praying for many others who felt so alone in that late-night hospital setting.

Our Lord knows how deeply we need to be joined together through prayer. Sometimes we know the reason that we are praying. But sometimes He calls us to pray when we aren’t even sure of the reason or the timing. He takes great joy in weaving our hearts together through his own Holy Spirit.

2 Corinthians 1:11 says, “As you help us by your prayers. Then many will give thanks on our behalf for the gracious favor granted us in answer to the prayers of many.”

Would you join us in leaving your request at the Prayer Pond? And then as you read over the other requests, if you click the “I prayed for this” button, the one who left that request will receive an email just I like did during that late night Emergency run. We never know how important one little email can be for someone who is in the midst of a hard trial.

Thanks to everyone for who prayed for me.  It is so encouraging to get a notice in my email indicating someone prayed for me.  Blessings to all Chronic Joy prayer warriors. ~  Edna

Someone Just Prayed for You

by Bettie Gilbert | Listen to audio read by Bettie.

CHRISTMAS HEART LONGINGS   **CHRISTMAS** Little children light up with a glow of excitement when the word is mentioned. The word itself has become a season all its own. But why is it that the word “Christmas” stirs in our hearts a longing for gathering together and rejoicing? Sometimes we... 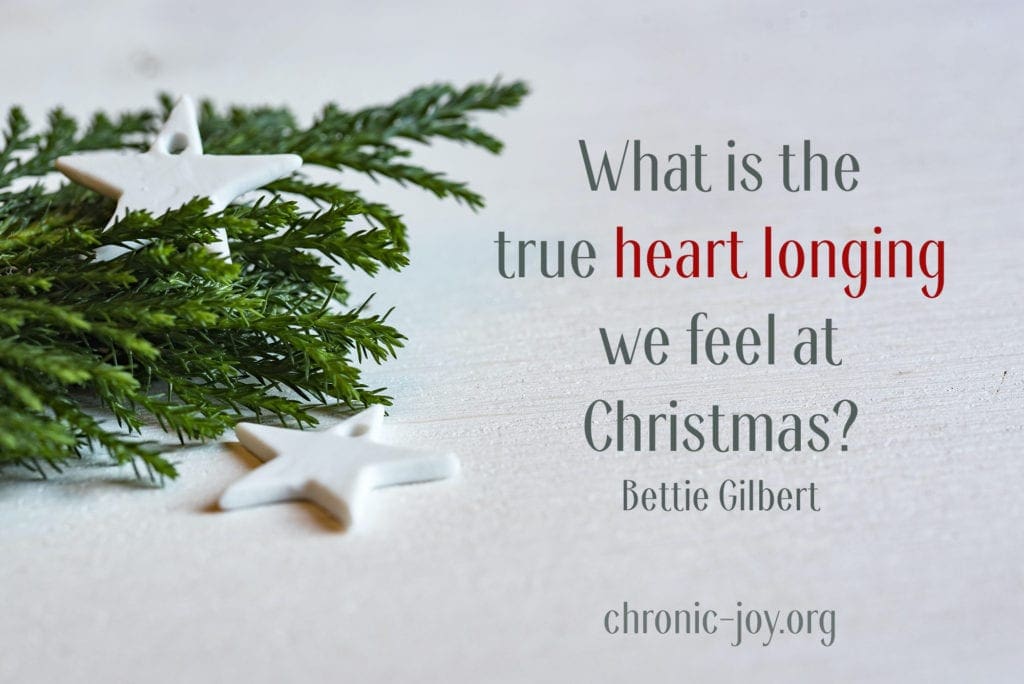 Unexpected Gifts as the Holidays Approach

UNEXPECTED GIFTS? AS THE HOLIDAYS APPROACH   As the holidays approached, I wondered how I would meet them. Yet another specialty medication wasn’t panning out in the way we had hoped, and I found myself in a full-blown Rheumatoid Arthritis flare, longing for any kind of relief from the... 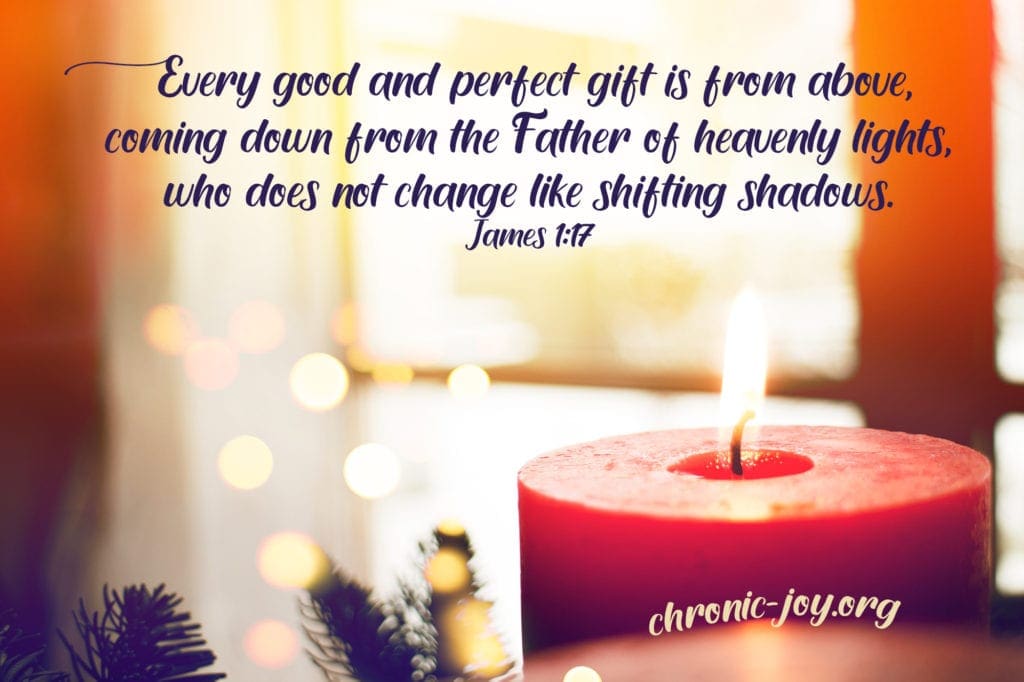 Board Member and Prayer Coordinator

You can find Bettie blogging from her home in a small town in southeast Wisconsin - at bettiegraseasons.com, walking forward with Jesus, in the middle of her own pain and weaknesses from multiple chronic illnesses. The beauty of nature is a joy that calls to Bettie, as do her family and nine young grandchildren. She and her husband have been married for over 40 years and take great joy in their weekend coffee breaks together.

Following Jesus: Finding Our Way Home in an Age of Anxiety

At one of the lowest points in Henri Nouwen’s life, he gave a series of lectures on the importance of following Jesus in an age of anxiety. Drawn from those talks, this new work reveals what sustained Nouwen to remain faithful to the teachings of Jesus and led him to become an icon of compassion and vulnerability.

God’s Prayer Book: The Power and Pleasure of Praying the Psalms

There is no better place in all of Scripture than the Psalms to learn to be with God and see with the eyes of faith the face of the One who longs to form us fully in his image. The psalms often stretch and perplex as they teach, but they open a divine window on prayer.

The Only Necessary Thing: Living a Prayerful Life

For Henri a life of faith is a life of prayer. Drawn from many decades of his life, the compilation of Henri’s thoughts, feelings, and the struggle with prayer, reveal the core of the man and his belief that prayer is the only necessary thing.

You're invited to the Prayer Pond, a place where you can share your prayer requests, updates, and shouts of praise. Whether a request, praise, lament, suffering, loss, hope, grief, or joy, each prayer ripples with radical hope and compassionate change.
VISIT THE POND.
REQUEST PRAYER