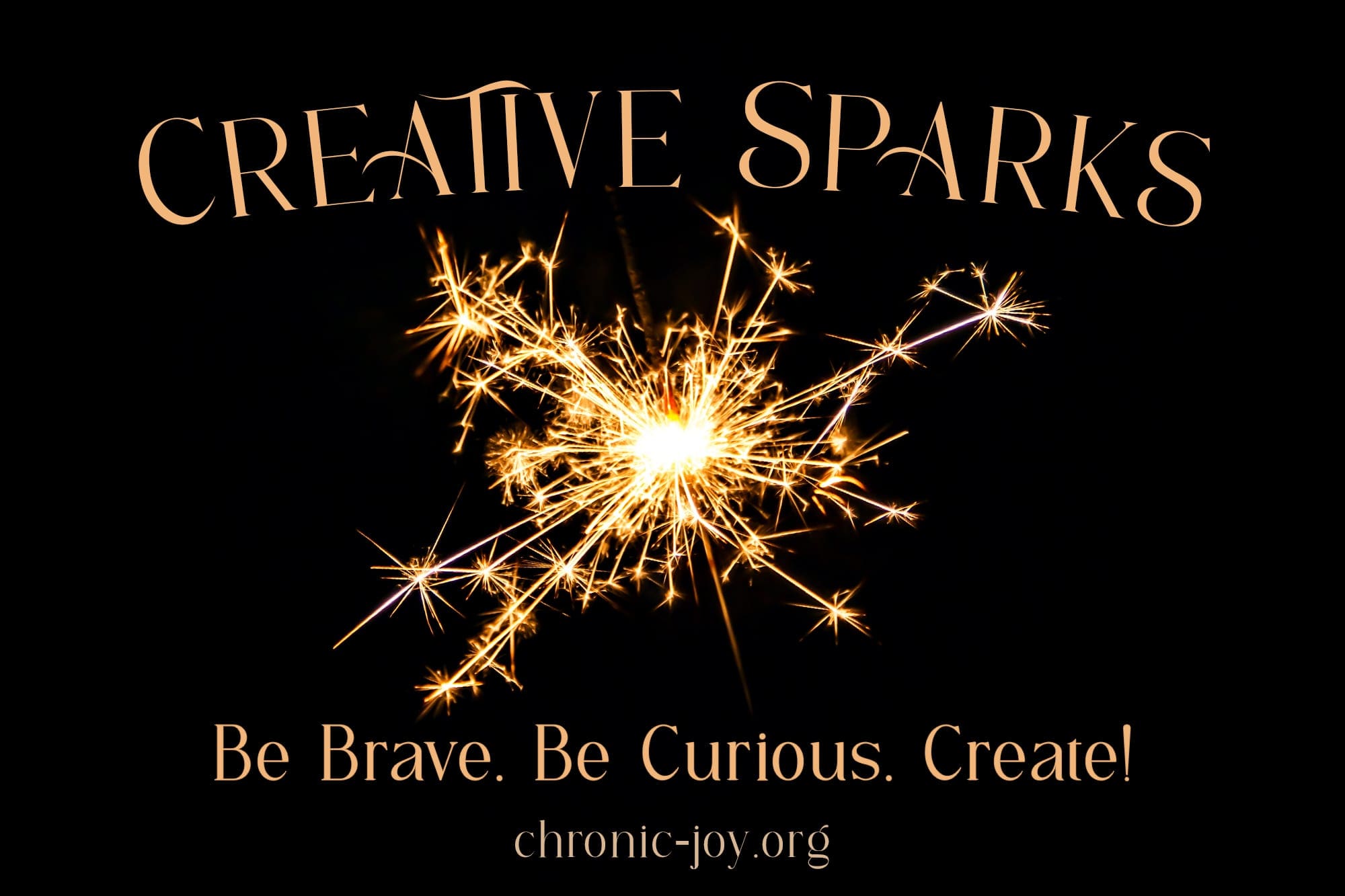 BE BRAVE. BE CURIOUS. CREATE!

Though few of us would call ourselves creative, that amazing grace-gift is woven straight into our DNA. As we engage with God, He ignites our curiosity, waking us to wonder and the joy of possibility. Today, be brave. Be curious. Create!

It was by Him that everything was created: the heavens, the earth, all things within and upon them, all things seen and unseen … Every detail was crafted through His design, by His own hands, and for His purposes … It is His hand that holds everything together. (Colossians 1:16-17)

WE ARE CREATED TO CREATE

Creativity is written in our DNA by the One who created everything from nothing, the One who refracts three primary colors into nearly 10 million hues distinguishable by the human eye, the One who formed the human ear to discern almost 330,000 frequencies, the One who designed the human nose to detect more than one trillion scents.

The creativity of God is spectacular! We witness it in every breath of every hour of every single day. That same Creator has breathed life into almost one hundred billion beloved humans since the beginning of time, each with a unique, one-of-a-kind personality and individually distinguishable fingerprints. “No two alike. There has never been another one just like this one, and there never will be again,” said Rev. Karl Schimpf as he blessed each new baby brought into his congregations.

Every person since the beginning of time has been, is now, and will be until the end of time, creative.

“A sacred touch, a sacred breath, a sacred thought, permeates the nature of man’s relationship with God. The sacredness of man’s existence springs forth from the moment of creation and reflects the image of God inherent in every person. It is by being made in the image and likeness of God that we possess reason and freedom, which come together in our capacity for creativity. All creation was thought of by God … The moment the spirit hovered over the waters (Genesis 1:2) and creation came into being was just the beginning.” (Ellen Mady)

We, the Body of Christ, are one great big, extravagant, creative community – and together, we represent the fullness of our Creator God here on earth. Yet relatively few of us would call ourselves creative.

Somewhere along the path to adulthood, many of us took off our creative hats, set them aside, and never looked back, investing our time and talents in “more productive” ways instead.

CREATIVE EXPRESSION IS A LABOR OF LOVE

We forget that creativity isn’t easy. It is fewer lightning bolt moments of inspiration and far more labors of love. It is time poured out, courage plucked up, curiosity piqued. It is practicing wonder and daring to dream. It is exercising determination and perseverance, working through sweat and tears, and often, experiencing a whole lot of failure.

Writing isn’t easy even for published authors. Photographers joke that their first 10,000 images are practice, a statement more true than not. Master mechanics pour years into training and thousands of hard-earned dollars into tools. To earn first-chair concertmaster, a violinist will practice an average of 10,000 hours. A house isn’t designed or built (or even painted!) overnight.

For many of us, the creative journey is filled with missteps and flopped soufflés, dropped stitches and rejected manuscripts, major fumbles and spectacular failures. Yet even in fear, even with anxiety crawling up the back of our necks, even in sorrow, even at our most abject, when we create we reflect something of God back to God.

Creativity is vulnerable. Fear of failure can tempt us to step away and play it safe. Yet each time we lean into the presence of Jesus as we wait on a table, pluck the guitar strings, plant a row of seeds, knead bread dough, throw a pot, cut or color a client’s hair, listen to a patient’s heartbeat or a little bit of their story, we fall a little more in love with God and His beloved creation.

As Mike Romero so aptly wrote, “It’s impossible to lack creativity while standing in the presence of the Creator.”

There is profound joy in creating.

We create because we were designed to create. It’s written in our DNA – and every time we create, we become a little more like Jesus.

In his book Culture Making: Recovering Our Creative Calling, Andy Crouch writes, “I wonder what we Christians are known for in the world outside our churches. Are we known as critics, consumers, copiers, condemners of culture? I’m afraid so. Why aren’t we known as cultivators — people who tend and nourish what is best in human culture, who do the hard and painstaking work to preserve the best of what people before us have done? Why aren’t we known as creators — people who dare to think and do something that has never been thought or done before, something that makes the world more welcoming and thrilling and beautiful?”

Today, be brave. Be curious. Create!

Hover over an image to learn more.

COLORING YOUR WAY CLOSER TO GOD

THE JOY OF PHOTOGRAPHY

Awareness: The Gentle Art of Noticing the Sacred in our Midst

I have a goal of seeking to sense the sacred in the everyday, then write about my experiences (which are often expressed as poetry). This poem arose from a desire to listen better and sense God’s presence more deeply. It also stemmed from a reflective look at times when noticing has paid dividends for me in terms of heightened awareness of the sacred in my midst. 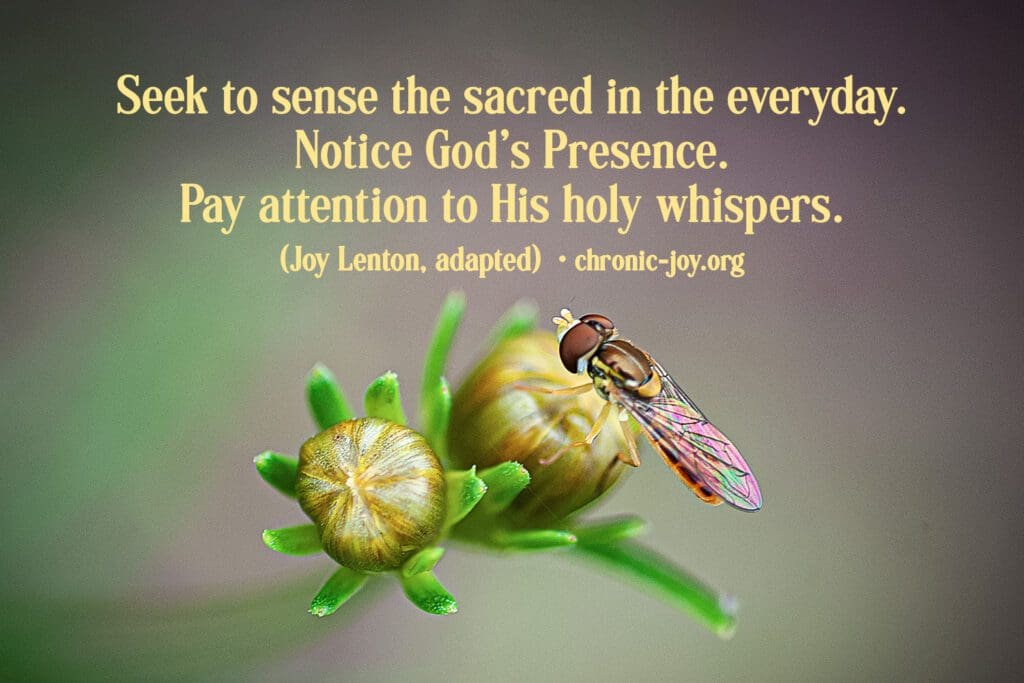 Our God sees, hears, and keeps his promises. He is the great “I am”—our self-existent, unchanging, creating, and sustaining Lord. And he is gloriously good—full of mercy, grace, love, faithfulness, and forgiveness. God’s character, including these and many more attributes described in his word, offers great comfort to hurting moms. How can this be? 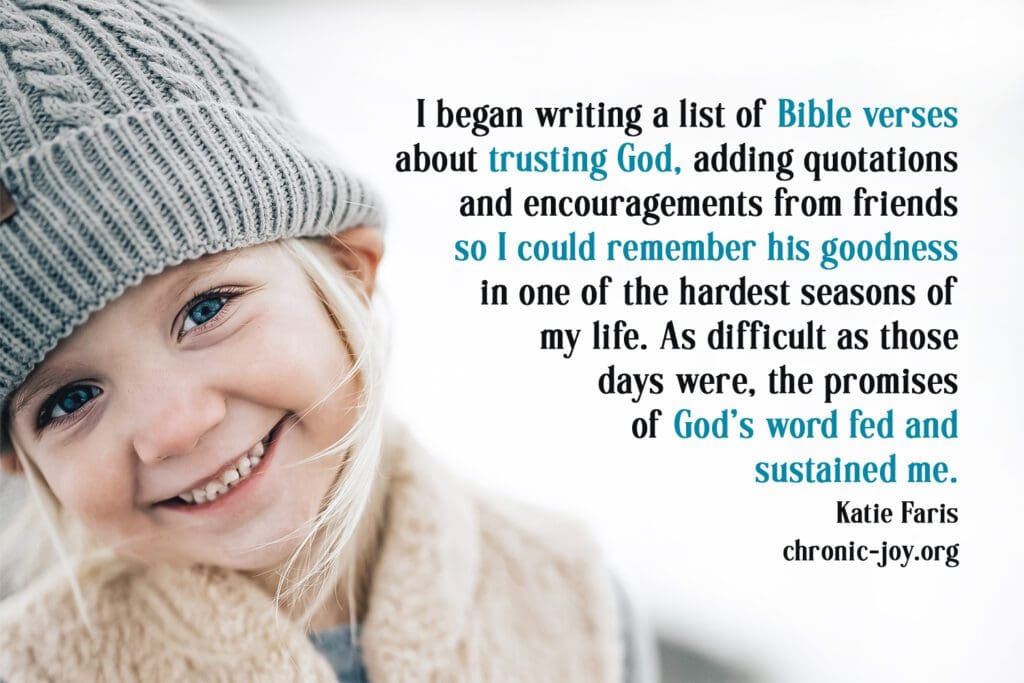 Before we begin to share our stories with others and before we wrestle with how vulnerable we might want to be, it makes sense to really know our stories. My story matters and so does yours. 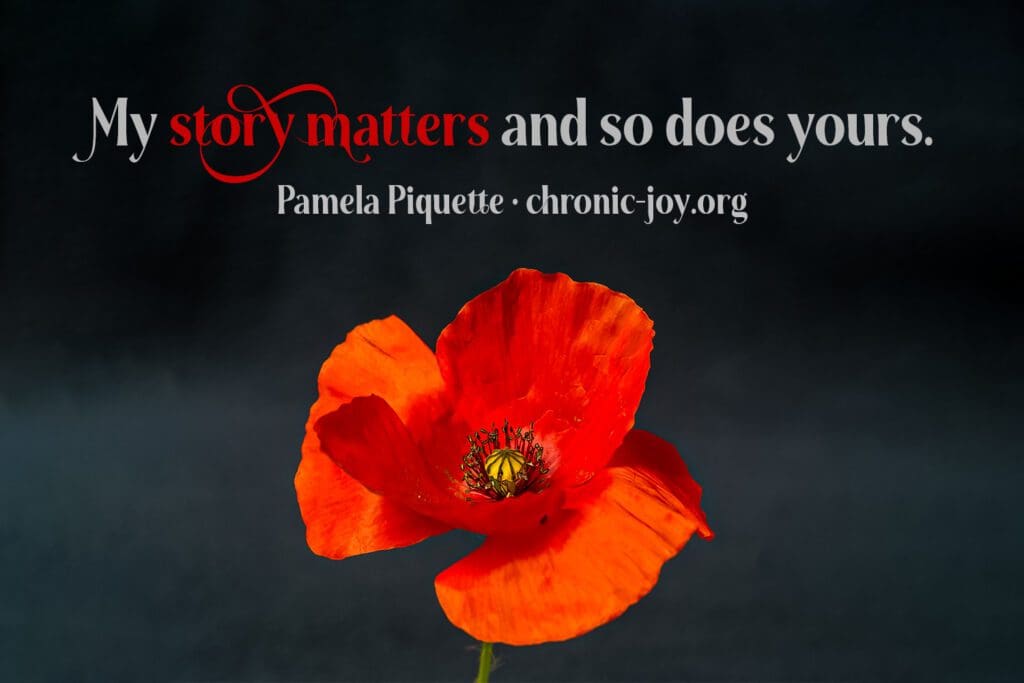 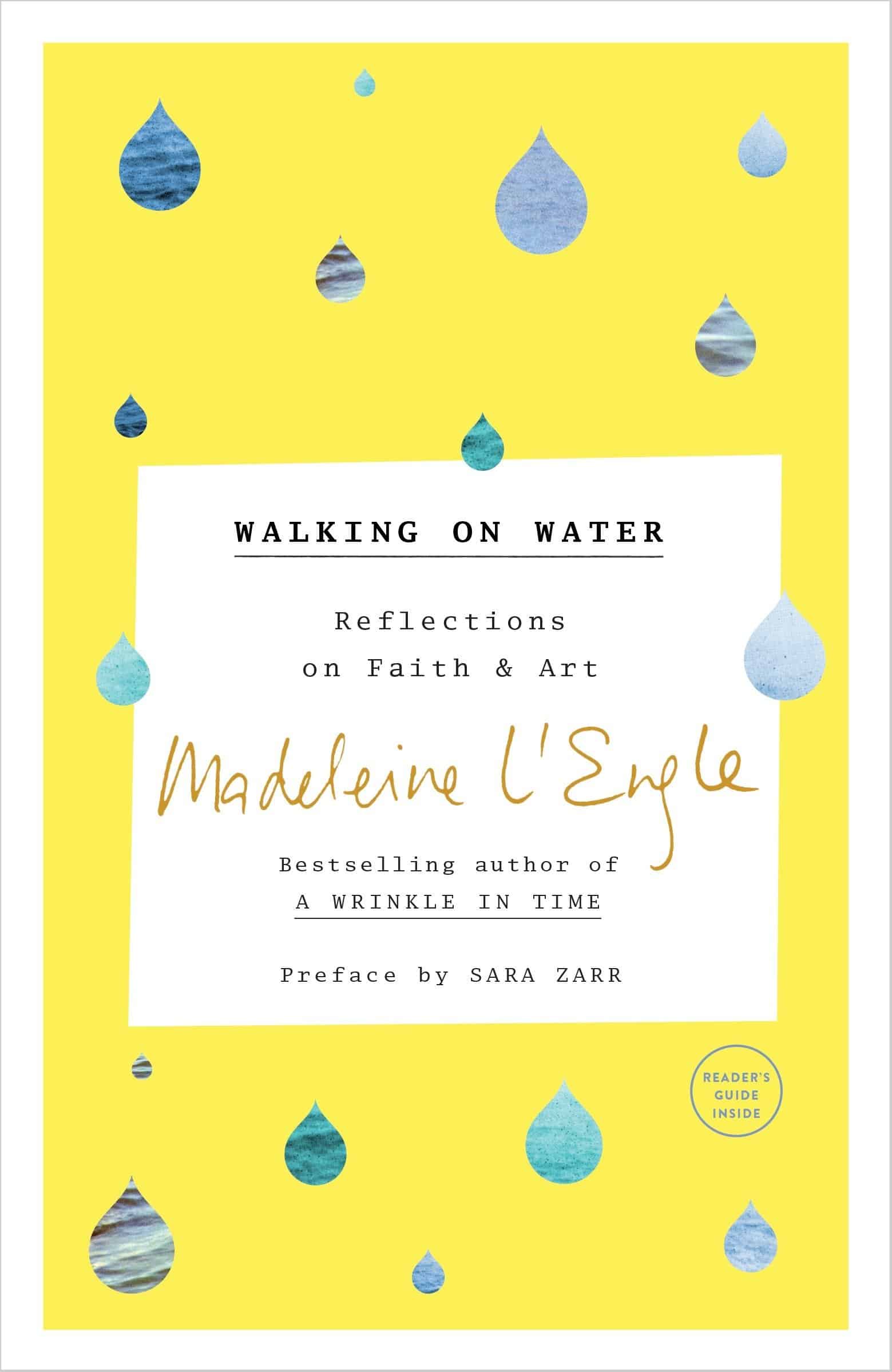 Walking on Water: Reflections on Faith and Art

What does it mean to be a Christian artist? What is the relationship between faith and art? The author's insightful and beautiful reflections on faith and art call the reader to listen, be aware, and respond to creation through one's own art. 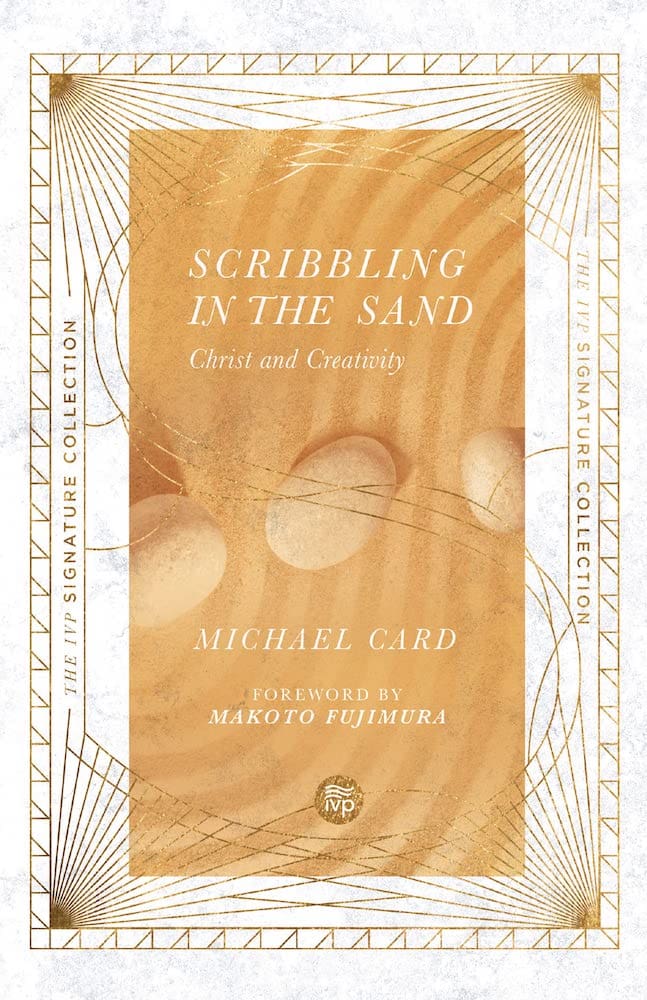 Scribbling in the Sand: Christ and Creativity

With Jesus as his model, Card shows how understanding God's creative imagination leads to a lifestyle of humility, obedience, and servanthood. Card articulates the story of Jesus through his "scribblings in the sand" and invites us to join him in following God's creative call through worship and community. 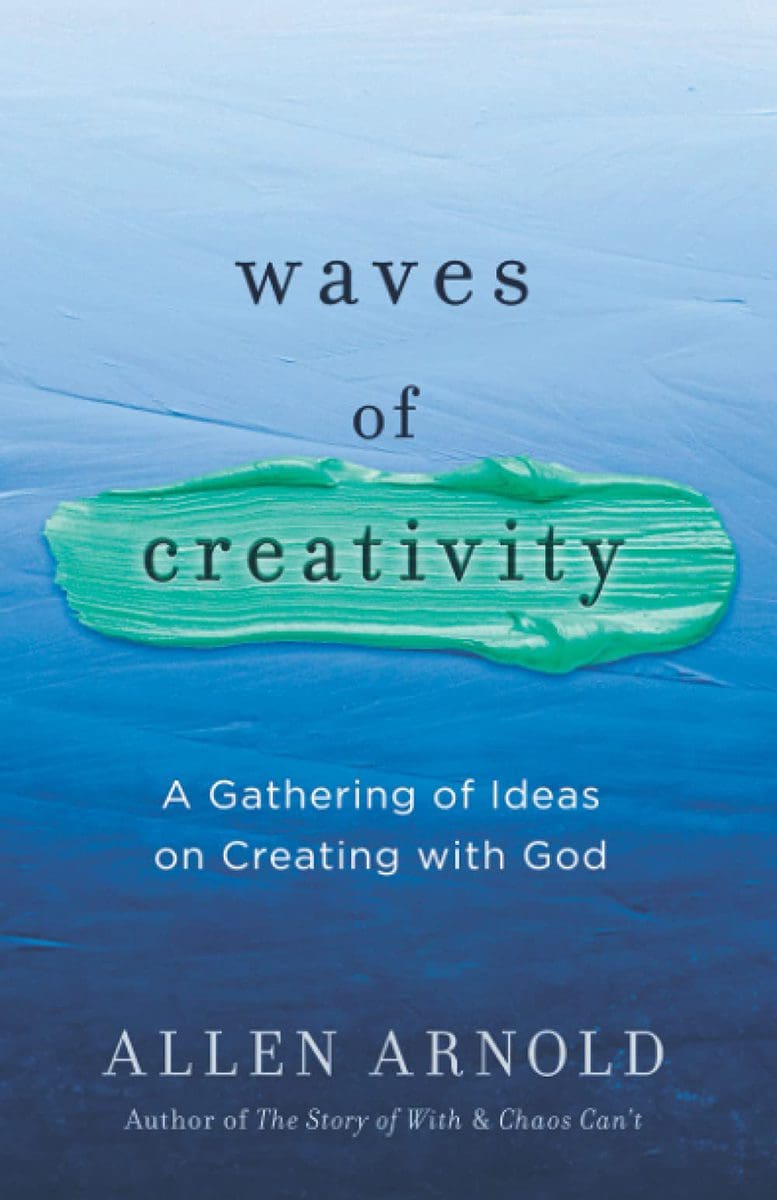 Waves of Creativity: A Gathering of Ideas on Creating with God

Creating new things with God starts with seeing yourself and your art in new ways. The Creator of galaxies, oceans, wildflowers, and stallions made you creative. He gave you an imagination. God invites you to pursue the very things you love with Him. That is true creativity. 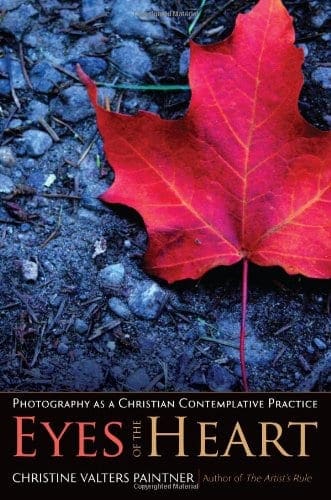 Eyes of the Heart: Photography as a Christian Contemplative Practice

More than a book on photographic technique, Eyes of the Heart is about cultivating photography as a spiritual practice. The book goes through six themes connecting the medium of photography with the Christian spiritual life, inviting readers to a new way of viewing the world — through the lens of a camera.

The Amazon buttons are affiliate links, which means if you click on the link and purchase the item, Chronic Joy will receive an affiliate commission.