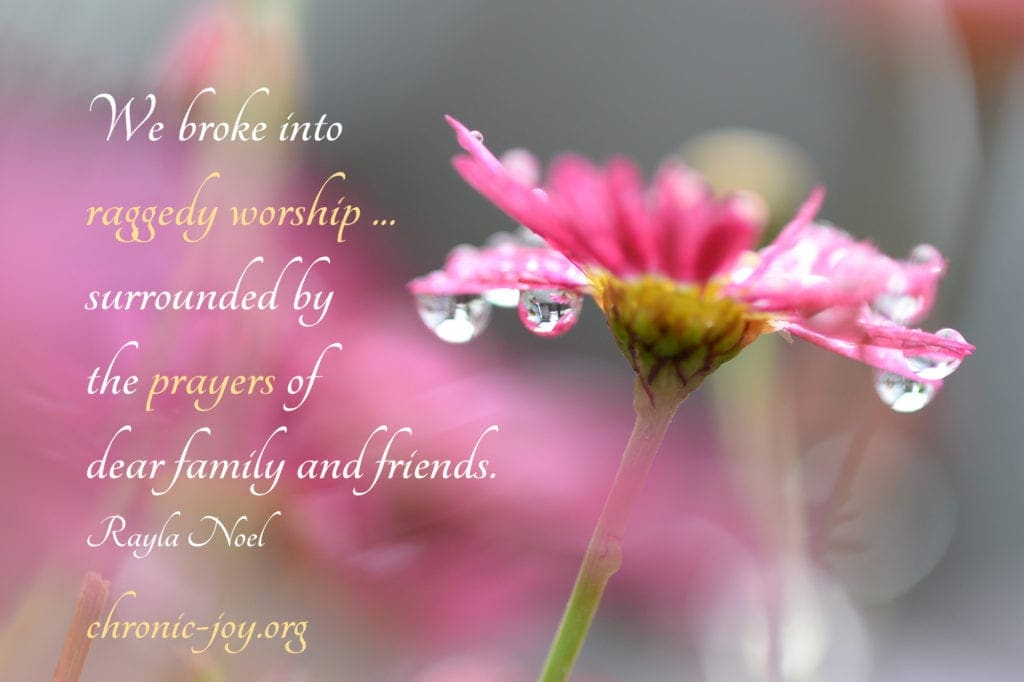 We broke into raggedy worship … surrounded by the prayers of dear family and friends. ~ Rayla Noel

GOD LACKS NO CREATIVITY EVEN IN THE LABOR ROOMS OF CHANGE

Two years ago our gentle teenager began to steadily turn into a stranger we could hardly recognize. A new medication put an end to his seizures a year later, but the trial had just begun.

Light fell through the Emergency Room’s glassed-in ceiling and onto Johann’s face as he sang, “Whatever lies before me, I will be singing when the evening comes. Bless the Lord oh, my soul …10,000 reasons and forever more …”  10,000 Reason. Matt Redman

BLINDNESS ISN’T EASY ON ANY COUNT

Johann sings while waiting. Ah, yes. Blindness isn’t easy on any count, but today I froze as he sang the words – “When the evening comes???”

As he waited on a stretcher near the CT scan unit of Nimhan’s Hospital’s Neuro Science Department, an orderly changed the sheets to Johann’s favorite color – lavender. How could she have known? Was this a sign that total healing would follow? Johann, now 19 and blind from birth, can detect a few colors and has light perception.

I bit back tears, nodding a muffled reply.

When Johann’s seizures finally stopped, his aggression began. He was 18.  “It will pass,” friends said.

The girls and Johann had a beautiful childhood, sharing music and fun, sharing games with a brother they were proud to be seen with. Now there were blows, bites, scratches, rage, and verbal battery. We went to parks on sunrise picnics, did road trips, prayed, wept, clung together as a couple, and individually with each of our girls. But when we went out in twos, Johann would scream in panic, running past the gate in search of us.

EVEN IF YOU SLAY ME

“Brace yourselves,” the doctor said, his face filled with a compassion that scared me. The months that followed were a Gethsemane place for us. Here we would taste the bittersweet of Job and Daniel, “Even if You slay me…” (Job 13:15, Daniel 3:14-18)

Johann adopted us at age one. We were all being brought up together by God in His Kindergarten of Faith, but now, was He letting us out on our own?

The first hint of Johann’s illness started around his school final exams. Johann refused to touch his Braille. His dimpled grin receded faster as December stretched into January. We guided him to hand write, “I know my Redeemer lives…” then pinned it up where we could all see it. We were clinging to sanity.

“How long?” I frantically texted our second daughter, Kitsy, who was across the room. To avoid trigger words, we texted each other.

“God won’t put something in our laps that we cannot handle. Unsure how long Ma, but I’m willing to wait,” she replied. Was it just yesterday that Kitsy had screamed, “I – I want my brother back!” Now she was beaming and serene?

This is what happens.

One of us sinks, but another perks up with unthinkable faith or Scripture leaps out from a calendar. The movie, Hacksaw Ridge, spoke volumes to us. It is easy to fall into self-destruction, but God lacks no creativity even in the labor rooms of change.

Johann sings with the voice of an angel. His seizures took that from him, but from the pit of that hell, he began to sing again,10,000 Reasons, a song that brought me to tears. Johann was singing! Yes, with a crackly sandpaper voice, but he was singing!

We broke into raggedy worship, in the midst of cushions-flying-at-our-heads-and-worse, but surrounded by the prayers of dear family and friends. Often, I would stare at the predawn sky. God was and is present, like in those days, those three silent days after Gethsemane: “… a Rose trampled on the ground, He … thought of me most of all.” (Above All, Michael W. Smith)

Lord please help me through the noise of my questions. Give the girls some joy today. Help my husband, Jeff.

About this time we also experienced professional setbacks. Could it really get any worse? It could. You cannot re-route through Gethsemane if you want to finish with colors.

Some of my own prayers irritated me. “Thank you Lord for the trials You send us.” Gratitude was the best thing we could do – thanking God for a little bird in the window, for a relative who sent a gift, for a glorious sunset, or even for Johann’s question, “What is happening to me?”

Yes, it did and some things I have no words for.

I began to blog and paint again. A friend called asking why I had dropped off social media, and asked if I would consider an art book contract with a Christian publisher. The theme? Hope for the Hurting. My head said, “No,” but God nudged me to say, “Yes.” So I did.

Jeff started painting too, and though he is not one to be poetic, he titled it, Autumn Blush. It was soul harvest time. Our daughter, Kitsy cooked offerings of love. This once hyper, young teenager was turning out exotic recipes in the midst of COVID-19 lockdown rationing. Our eldest daughter, Vihan, had begun a fellowship for those her age and older, and we now joined her online — not easy to do with Johann intolerant of a particular chord on the guitar or insisting on rocking right in front of camera, yet his presence reaches more people than we think possible.

As I write, light falls through the curtains and Johann asks what I’m doing. I tell him I am writing about his song, 10,000 Reasons, and he smiles his lop-sided smile.

Outside a Koyal bird calls. There will be rain tonight after a sweltering Indian day. Ah, Lord God, more reasons to bless Your name even if our son isn’t well yet.

Worship Him for His Spirit of matchless comfort in the presence of our frail humanity.

Unconditional healing is God lifting our innermost being, no matter the ordeal. Oh, the awe of holding hands with God, of being loved by Him in the midst of pain, learning to love Him back and to love each other unconditionally, like He does.

We were in tears recording this. It was a healing all by itself. … Very special hugs from our son who knows you are praying… Rayla Noel 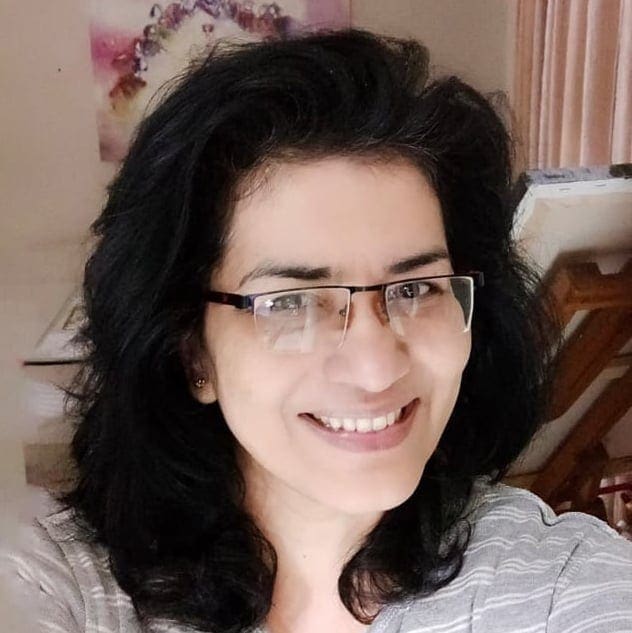 Rayla lives in India with her husband, their three children and a God who never runs out of Creative Ways to help them graduate from His School of Faith.

My Grace is sufficient for you; for My Power shows best in weakness. 2 Corinthians 12:9 AMP 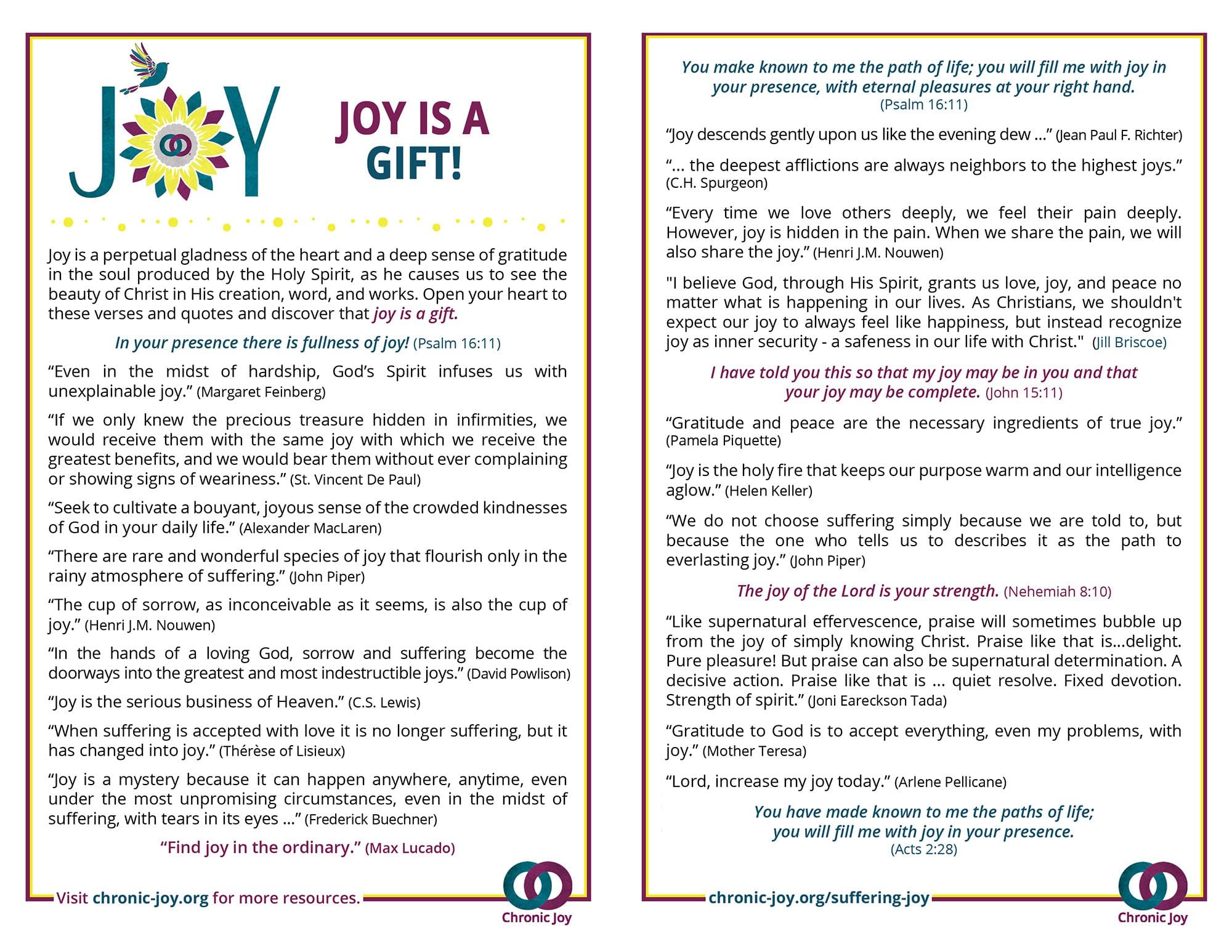 Joy is a Gift

Joy is a perpetual gladness of the heart and a deep sense of gratitude in the soul produced by the Holy Spirit, as he causes us to see the beauty of Christ in His creation, word, and works. Open your heart to these verses and quotes and discover that joy is a gift.