Crocheting as a Spiritual Discipline 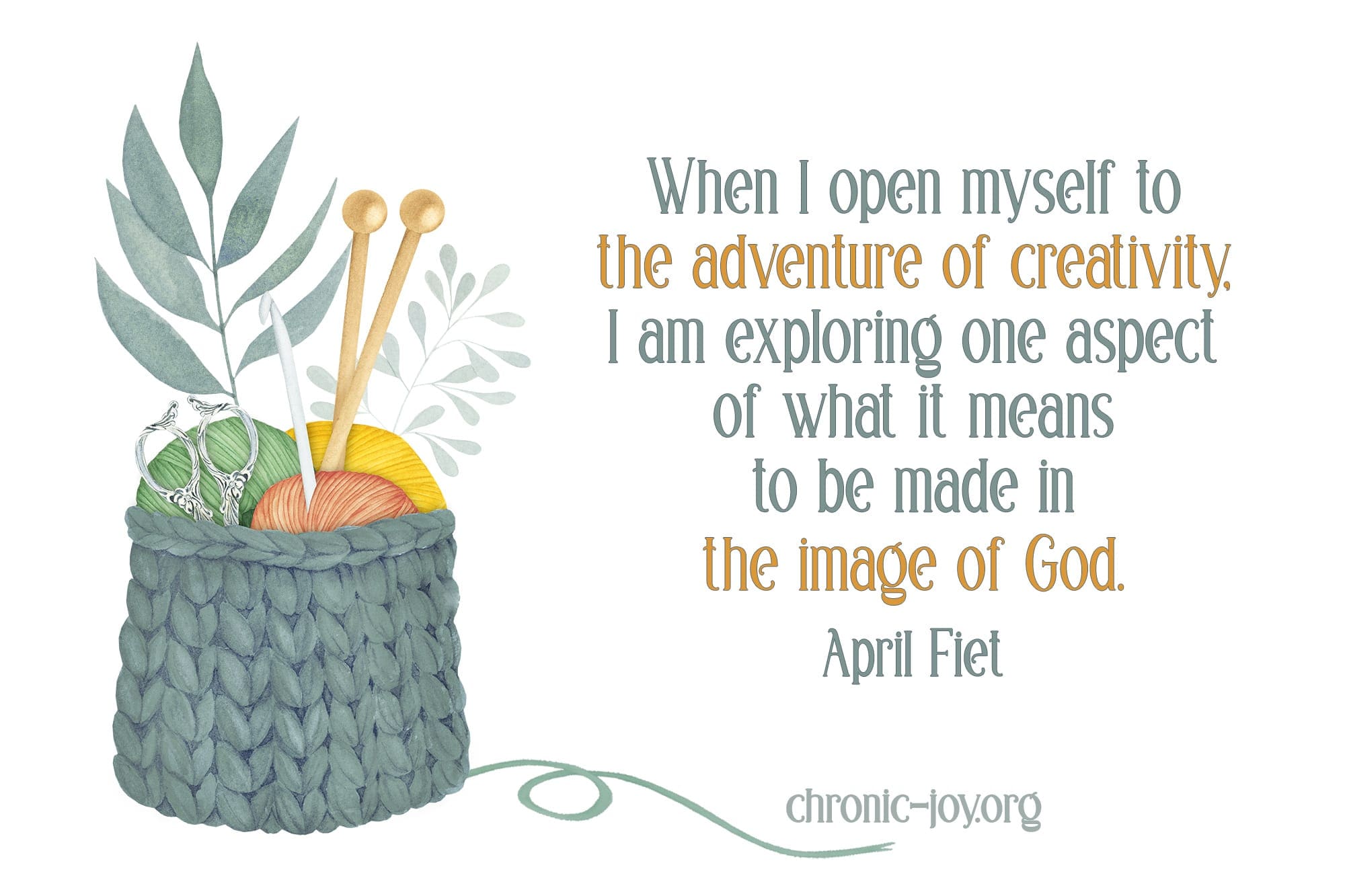 “When I open myself to the adventure of creativity, I am exploring one aspect of what it means to be made in the image of God.” (April Fiet)

CROCHETING AND CONNECTING WITH GOD

When the world seems to be unraveling, I pick up a skein of yarn and a crochet hook so I can put together something new. A messy heap of yarn that’s knotted and tangled on itself is a kind of controlled chaos that is brimming over with possibility and potential. Crocheting is rhythmic, the process is creative, and somehow amid all that chaining and stitching, I find myself not only creating something new but also connecting with God.

While in middle school, I walked over to my great-grandma’s house on many days after school. I can still hear the percussive ticking of her cuckoo clock, and I can picture the chair that she sat in. Even though her eyesight wasn’t sharp anymore, she had several blanket patterns that she could crochet simply by feel. Granny, as we affectionately called her, would often hand me a crochet hook and a scrap ball of yarn, and I would sit and crochet chains until my mom would come and pick me up. No matter what had happened at school that day, I was able to put it aside while I sat and stitched.

I didn’t learn how to do anything beyond making long crochet chains, but I always felt a sense of accomplishment that I had made something with my hands. Even though what I had created didn’t serve a functional purpose, I fell in love with crocheting.

CROCHETING AS A SPIRITUAL DISCIPLINE

Crocheting helped me to quiet all the noise inside so that I could focus. Once I could focus, I found it easier to pray and listen. Studies have found that the quieting of distractions and an increase in focus are outcomes of crocheting that are not unique to only me. Crocheting and knitting have been linked to reductions in stress and anxiety, a decreased risk of memory loss, and an increase in the ability to cope with chronic pain conditions.

Crocheting can help keep muscles and joints limber because of its fluid and repetitive motions. Yarn crafting like crocheting and knitting singularly occupies the mind. In other words, when a person is crocheting, he or she is less able to worry about other things.

Another activity that has shown a similar effect on the brain and health and well-being is prayer. When I learned this, it suddenly made sense to me why crocheting felt like a spiritual discipline. Just as prayer helps the one who is praying to focus, listen and push distractions aside, crocheting allows for emptying what is distracting and cluttering the heart and mind.

Beyond the scientifically-backed benefits of crocheting and its many similarities to the benefits of prayer, crocheting is also a creative activity that helps us live into who God has created us to be. In the first chapter of Genesis, God created the heavens and the earth. God showed tremendous creativity in creating all the animals and the birds and the stars and the planets. When we look at the world around us, we see that God created fire rainbows, mammatus clouds, and birds that can mimic construction sounds.

God the creator is creative, and we are created in God’s image.

OPENING MYSELF TO THE ADVENTURE OF CREATIVITY

When I open myself to the adventure of creativity, I am exploring one aspect of what it means to be made in the image of God. God, who lavished love creatively on the earth, delights in our creativity.

In college, one of my roommates taught me how to move beyond crocheting long chains and I made a small blanket. From that point on, I made about one project a year until my son asked me to make something for him I had never made before. In his wide-eyed trust that moms can do anything, he asked me if I could make him a stuffed dinosaur. I found a pattern, and I made it for him. Then he asked for another kind of dinosaur, and I was unable to find a pattern for it. Even though I had very little idea of what I was doing, I decided to “wing it.”

I was nervous that I wouldn’t be able to figure it out. I didn’t want to disappoint my little boy who was so eager for a crocheted pterosaur, but I decided to try it anyway.

CROCHETING AND TAKING DELIGHT IN WHAT YOU CREATE

For me, crocheting is a spiritual practice whether I’m using a pattern or not, but there is something particularly electrifying about imagining something and then making it become a reality. One dinosaur pattern led to several more dinosaur patterns. The more I created, the more excited I was about creating something in the future. Whenever I would finish making something new, I couldn’t help but sit back and admire it. How amazing it is to make something!

Then I remember that God paused after creating human beings to admire what He had created. Indeed, God saw that it was very good. If I take delight in the things I have made with my hands, how much more must God take delight in each and every one of us—His very own handiwork?

Crocheting As A Spiritual Discipline first published at inallthings.org. Used with permission.

A GIFT OF CREATIVE KINDNESS

Do you crochet or knit? Would you love to stitch a prayer shawl, lap blanket, face cloth, or heart sachet to help us fill our new Touch of Kindness boxes? Two new creative contributors, our very first Pattern Partners, generously donated two beautiful patterns for your use. You’ll find all the details on our brand new Prayer Shawls page. If you’ve never worked with yarn, but would love to be part of our Touch of Kindness boxes, would you commit to praying for those who are creating shawls and for those who will receive them? 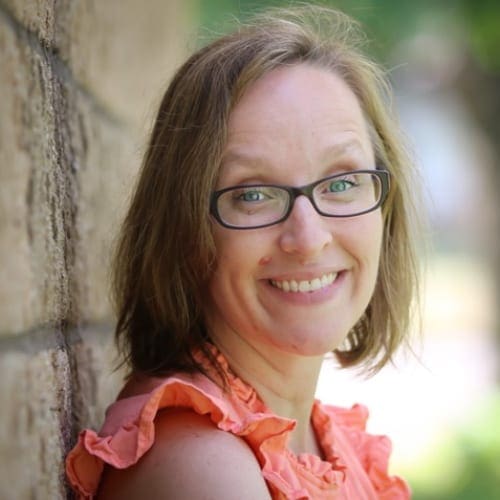 April is a reluctant trailblazer who preaches, pastors, and parents in partnership with her husband Jeff. April and Jeff have served as co-pastors for the past ten years, and currently serve a congregation in the panhandle of Nebraska. April also enjoys crocheting, gardening, baking, and spending time with her backyard chickens. She is active on Facebook, Twitter, her blog At the Table, and she is the author of  The Sacred Pulse: Holy Rhythms for Overwhelmed Souls.​ Prayer shawls are blessings of community, kindness, comfort, and compassion, stitched with prayer and gifted to those who are struggling with illness, pain, anxiety, depression, loneliness, loss, or grief – a gift to maker and receiver.