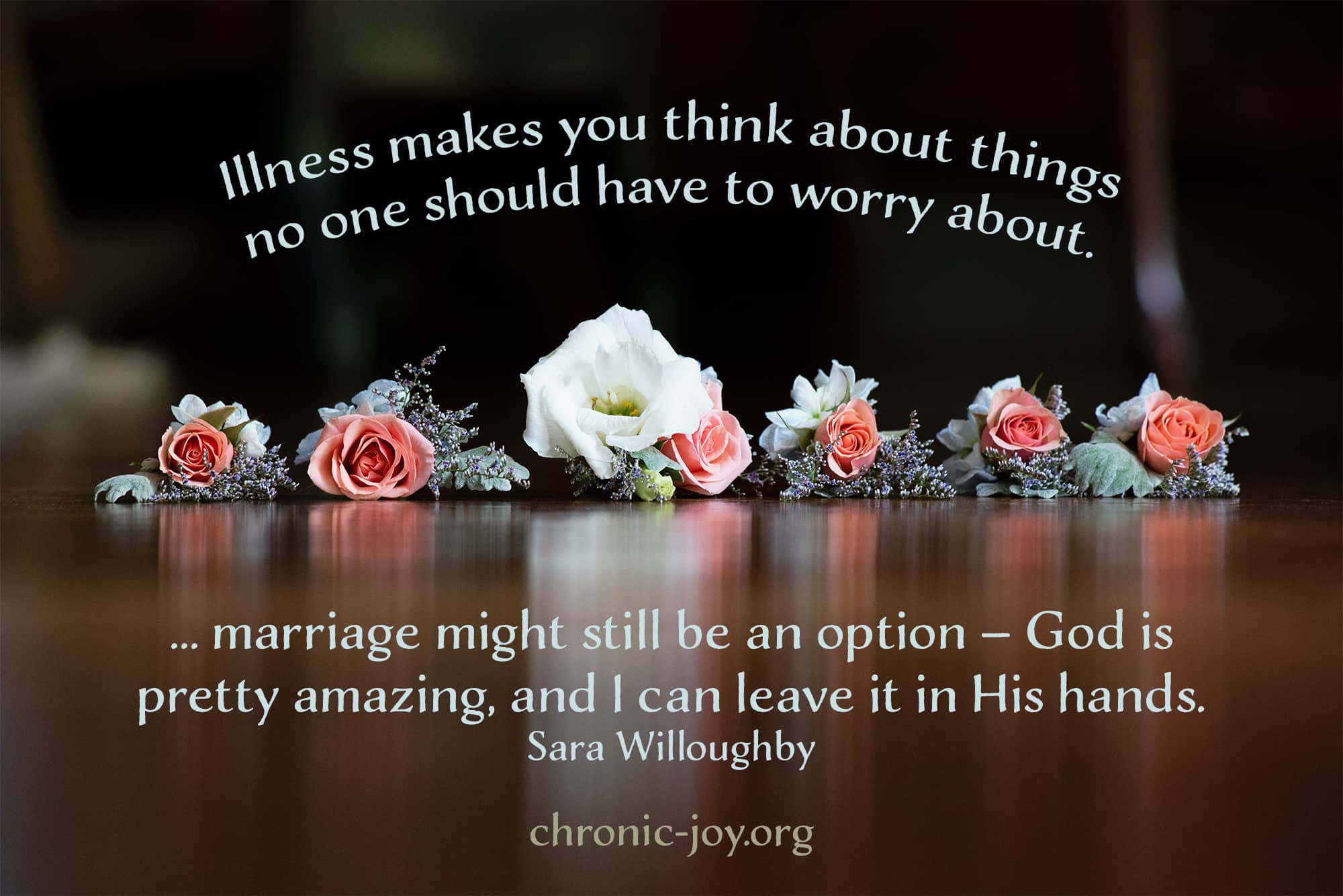 Illness makes you think about things no one should have to worry about. … marriage might still be an option — God is pretty amazing, and I can leave it in His hands. Sara Willoughby

AN OPEN LETTER TO MY FUTURE HUSBAND

There were many days as a young girl when I wondered if you existed. When I wondered who you were and what you were doing and how I would ever meet you. There have been many nights when I prayed for you, asking my Prince of Peace about you. He didn’t say much, but He held my hand and danced with me through it all.

There came a time when I began to seriously doubt a future husband existed. Not just as a possibility, but the likelihood. Through tears and then acceptance, I seriously thought about being single for the rest of my life. Though my heart still dreamed of you, I accepted the idea of being single as a strong possibility.

I AM CHRONICALLY ILL

It was me I doubted. How could I ever marry you, knowing all the pain and burden that my illness would bring to you and any children we had. Lyme disease is known to pass from a person to their spouse and children. How could I ever do that to anyone?

I watched many couples and mothers and wives struggle to make things work in the midst of chronic illness. But they didn’t have a choice. They didn’t know beforehand. I do. I know. Those women do an amazing job, but if I could avoid putting such difficulty on others, shouldn’t I?

I also really want a husband who understands me, and illness is something that isn’t easy to understand unless you’ve had personal experience with it. At the very least, as a caregiver. And I haven’t met many guys who have that.

Perhaps those were odd thoughts for a fifteen-year-old girl, but illness makes you think about things no one should have to worry about. Eventually, stuff happened to make me realize marriage might still be an option — God is pretty amazing, and I can leave it in His hands.

So I’m going to keep hoping. I don’t know how or when I’ll meet you. But until then, I choose to trust a God who has written much more impossible love stories.

YOU ARE NOT ALONE

This wasn’t very conclusive, was it? Mostly, I just asked questions. But here’s the thing: while I don’t have the answers yet, I suspect I’m not the only one with these questions. For those girls wondering how in the world chronic illness and romantic relationships coincide, I want you to know that you are not alone in those questions. It’s why I wrote this. Remember that God is in control. While wondering about your Prince Charming, throw yourself into the arms of your Prince of Peace.

Is it Possible to Be Clothed With Strength and Dignity When Chronically Ill?

“She is clothed with strength and dignity; she can laugh at the days to come.” (Proverbs 31:25 NIV)   I read the verse and my heart twinged. Chronic illness made every single part of that verse feel like it could never apply to me.   Strength? Nope.   Dignity? Nope.  ...

3 Truths for Grieving What Chronic Illness Has Stolen

At first, I was numb. Illness has broken my heart so many times already that I didn’t react.Time. Normalcy. Abilities. Naivety. Innocence. Freedom. Dignity. Ease. School. Home. Relationships.Illness has stolen and broken so much, so deeply that my emotions no longer registered the newest blows.... 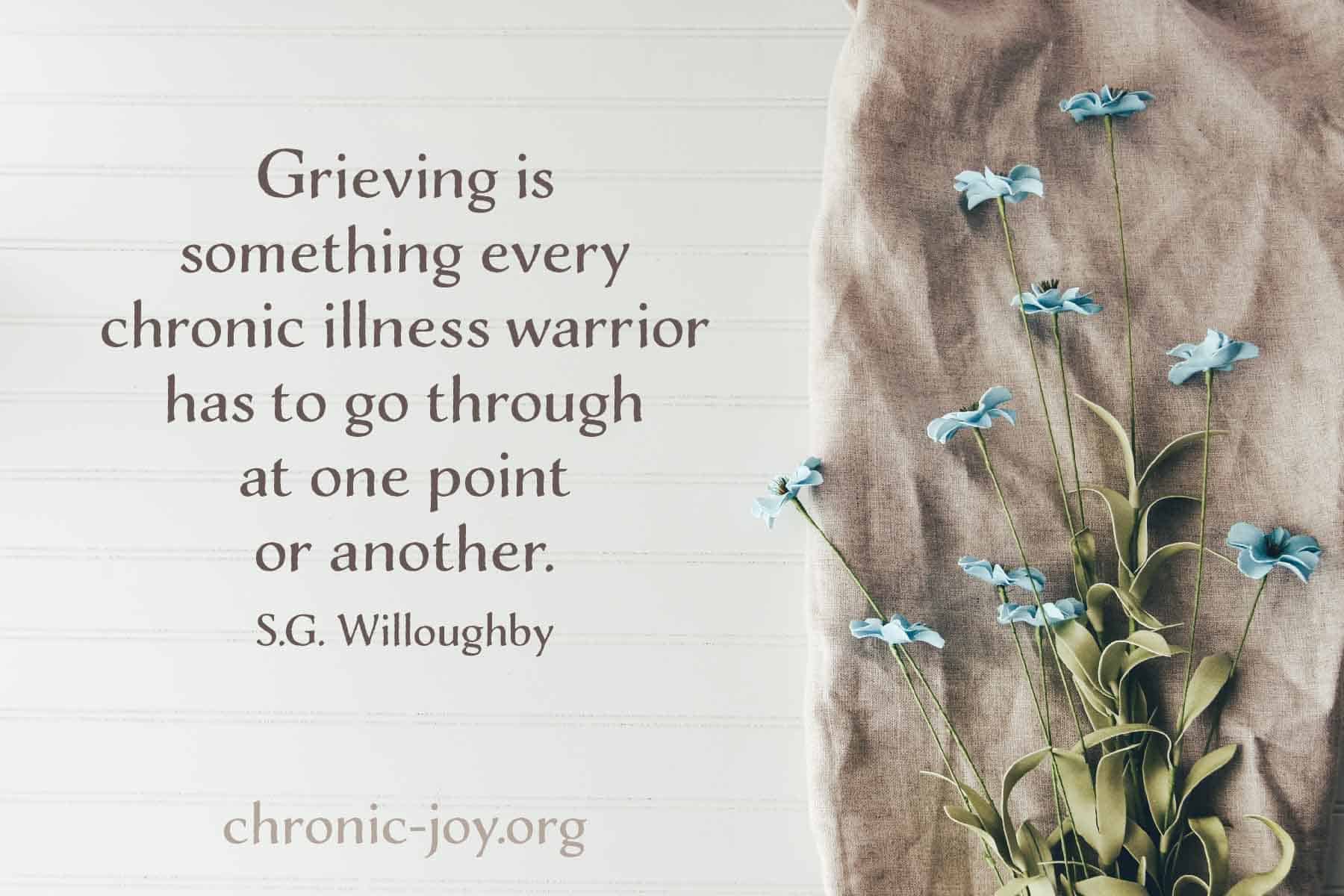 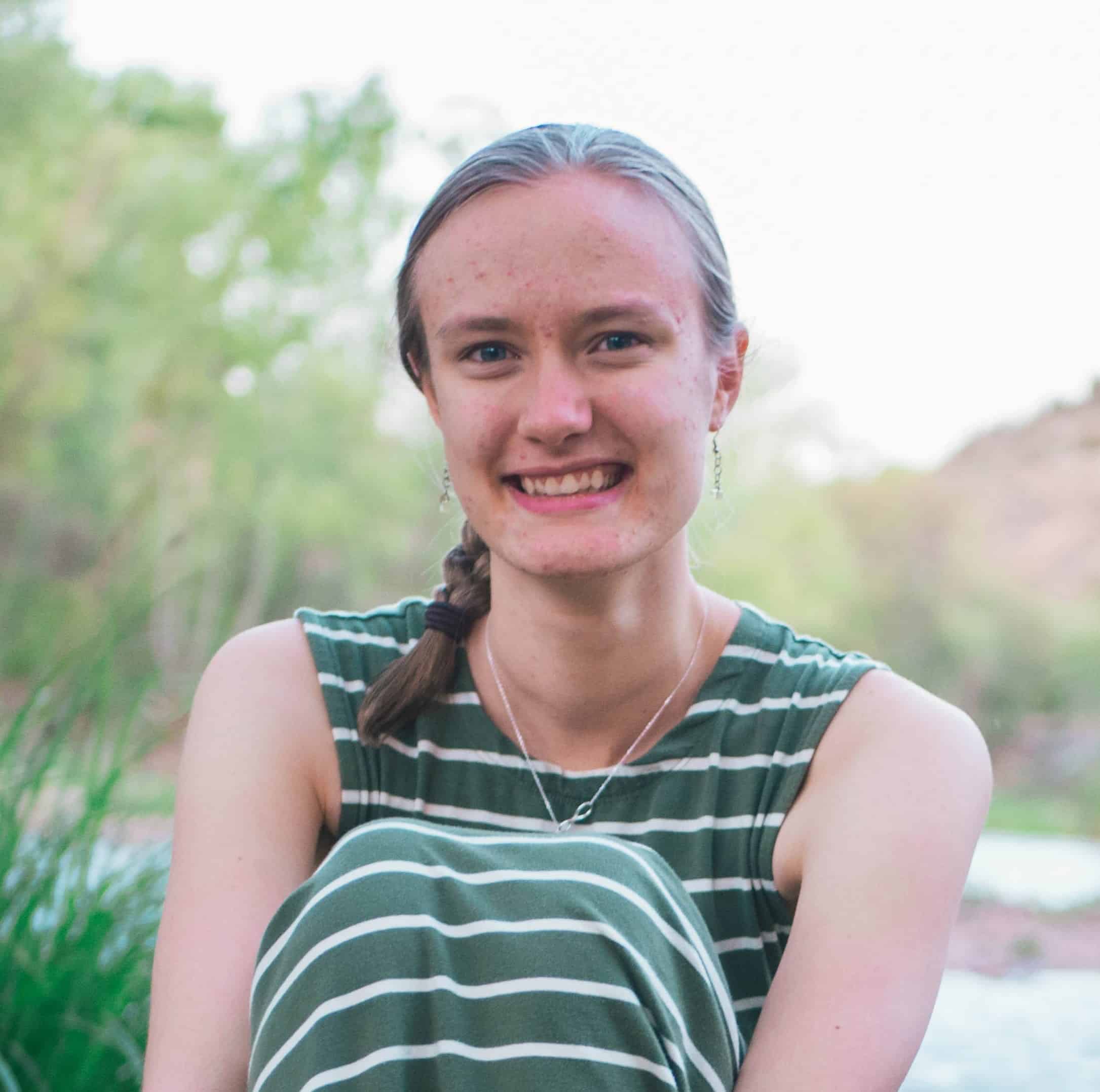 Sara is the author of He’s Making Diamonds: A Teen's Thoughts On Faith Through Chronic Illness and the host of the annual Diamonds Conference for chronically ill Christians. She loves to write and have adventures - be it a new board game with her family, trying a weird food, or diving into a fantasy book. Sara is a TCK, a Lymie, and a Young Life Leader. She is also a Chronic Joy Contributing Writer and a #PenToPaper Ambassador. 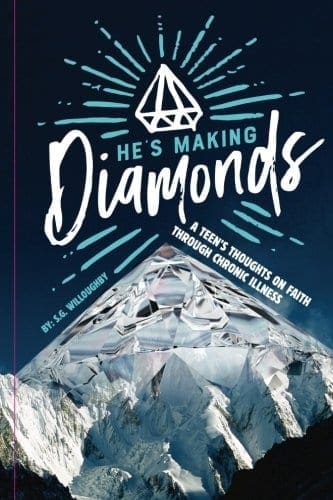 Are you a teenager trying to navigate faith through chronic illness? I’m here to tell you, you are not alone. When sickness takes over your life, it’s a never-ending battle to make it through each day. How do you cope? How do you keep fighting? Most of all though, how do you find God in the midst of the suffering? Through my own journey of sickness, I’ve struggled with the same questions—questions we all think but are afraid to ask. 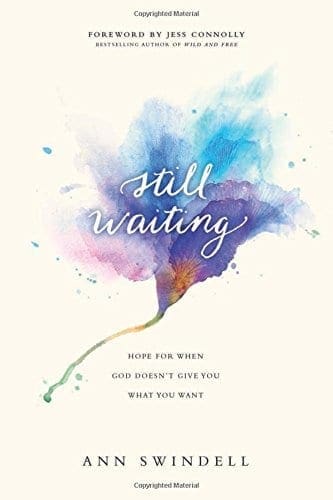 Still Waiting: Hope for When God Doesn’t Give You What You Want

What if God wants you to wait?Most of us know what it’s like to wait for God to change our circumstances. But, whether we’re waiting for physical healing, emotional breakthrough, or better relationships, waiting is something we usually try to avoid. Why? Because waiting is painful and hard. 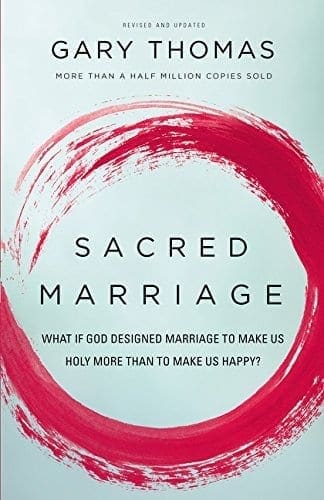 Your marriage is more than a sacred covenant with another person. It is a spiritual discipline designed to help you know God better, trust him more fully, and love him more deeply. What if God’s primary intent for your marriage isn’t to make you happy…but holy?

Creative Sparks invite an exploration of hands, hearts, and stories. Engage your senses, explore your own unique story, and experience God in fresh, new ways as you learn, lean in, and kindle creative joy in midst of chronic illness.

YOU ARE SO LOVED 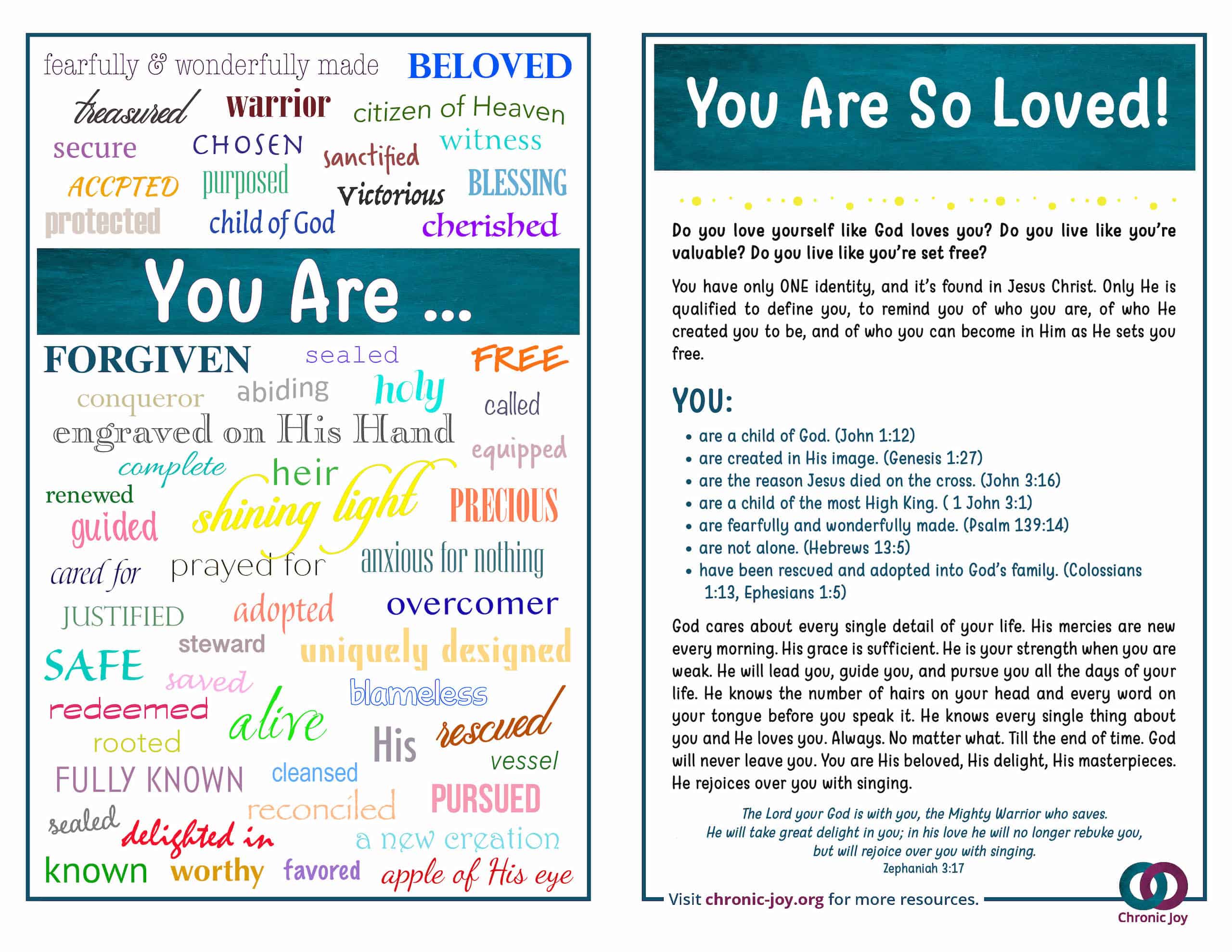