What You Didn’t See in My Vacation Photos 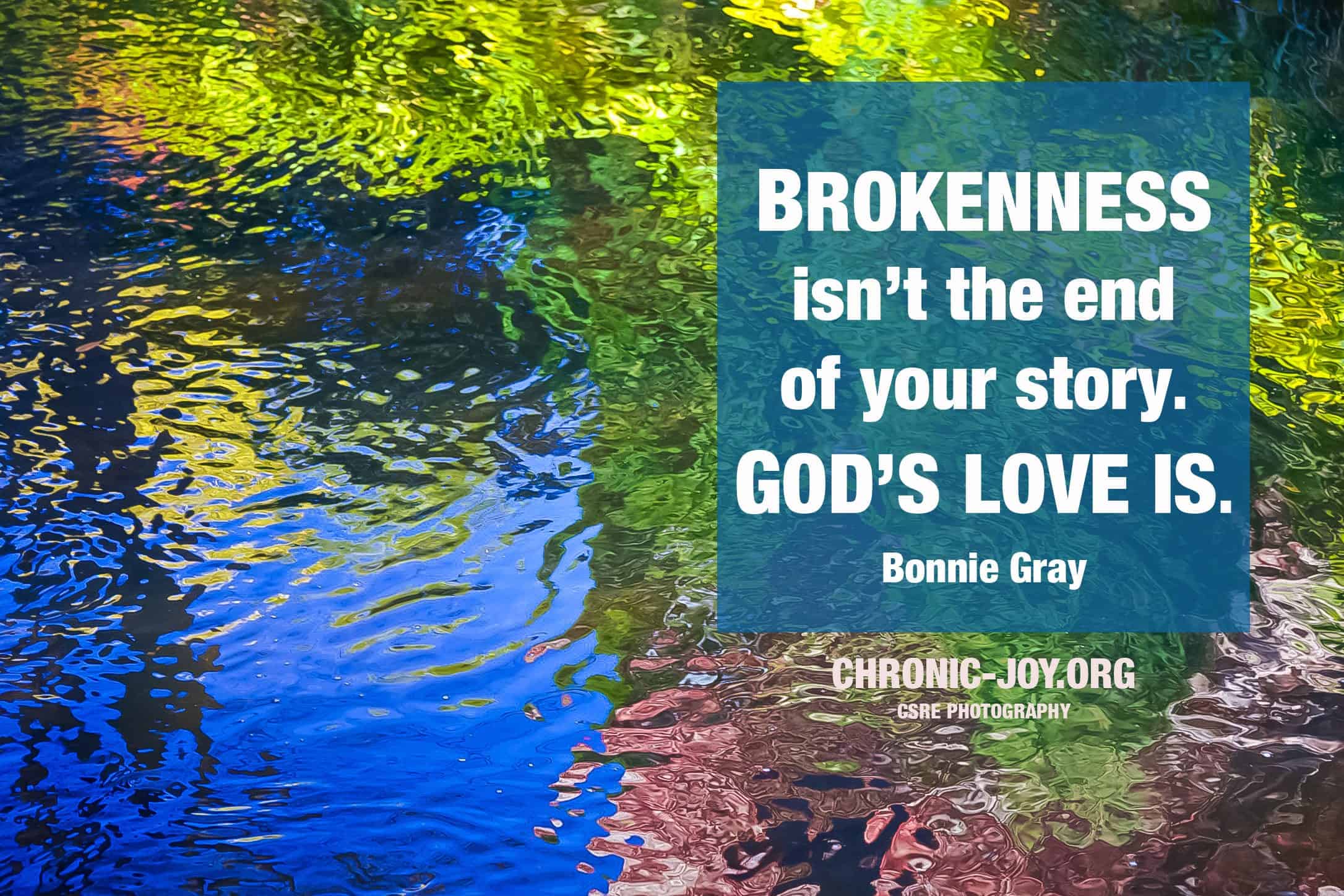 Brokenness isn’t the end of your story. God’s love is. ~ Bonnie Gray

To be clear, there are many things you didn’t see in my vacation photos. Every captured moment of bliss between my children was equaled by a tantrum, an accusation, a cry of, “It’s not fair!” The picture of my husband, which I aptly titled, “Hubba-Hubba,” doesn’t show me snapping at him five minutes later for being short with the children. (I do see the irony.) There is a virtual garbage can overflowing with pictures of my cellulite and crooked teeth.  I weed through for the one where my hair blows wild and wavy in the ocean breeze and the sun’s generous angle takes ten years off my age. It’s pretty, I like it, and I’m sure no one wants to see my cellulite anyway. The moments we share tend to be the ones that rise to the top and are skimmed off, leaving the messy and complicated behind, and it is in those murky discards that a great deal of understanding is lost between us.

I post to Facebook and watch the tally of likes and loves begin rolling in. One, two, three likes and I am feeling good. A little heart floats across the screen. Someone loves a photo of me jumping against an ocean wave, arms lifted and fingers splayed toward the sky. It looks like freedom, like victory. I would have loved it too. Only this one tells a different story. I feel dishonest somehow, a lie of omission and a twinge of loneliness echoes against the inevitably hollow shell that is social media. If I had titled that photo, I might have called it, “Barely Coping in Paradise.” I was sick, weak, terrified, and I was fighting.

Minutes before my husband snapped that picture, I sat in sun-warmed sand watching my kids romp and laugh in the surf. It is the moment I dreamed of when I was knee deep in laundry and cursing the recycled air pumping from the heating vents all winter. There are no threats present, none.  And yet I ride a steady and relentless wave of panic as I consciously do things that I believe are appropriate for this moment – brush sand off a beach towel, smear sunscreen on a toddler, breathe.

I don’t want anyone to know. I don’t even want me to know. I’m fighting it, hard. My kids yell, “Look mom!” and I pull my face into a painfully broad grin. I don’t even know what I’m supposed to be looking at, waving my arm thoughtlessly toward them like a marionette puppet. Only my husband watches intuitively from a distance.  He would love to slay this dragon for me, but you can’t fight a demon you can’t see. Believe me, he has tried. He will not tell me how crazy I must look, trying to fake it like this, God bless him.

I curl myself back around my folded legs. My arms are numb and tingly, and I have enough sense of humor intact to sarcastically thank my body for redirecting blood flow to my heart. Not exactly a death defying moment. The humor, it’s me fighting. If I laugh at it, I can take its power. The pressure swells in my chest until I am lightheaded and dragging in shallow breaths. I’m not going to pass out. But then again, maybe I am.

I am gifted really, at finding reasons to be scared. Normal scared, the kind moms are expert at (and let’s face it, probably keeps the kids alive) – sharks, flash floods, jellyfish stings, DROWNING.  If the dread were connected to any of these, I could work it out. I could control things with sharp warnings, vigilance, sunscreen. But this isn’t that. This is a panic attack – my nemesis. It is me battling the abyss – the place a girl like me might float away into if all her anchors were gone – Tuesdays at the library, Sundays at church, popcorn in the evening, peanut butter toast in the morning (with no crust). The routines ground me. I’d forgotten how much until I shoved the last suitcase into the minivan and my legs turned to rubber and gave out under me.

So there I was. Beachside view into the abyss, the place where panic gets a hold of me and maybe doesn’t give me back. Sick to my stomach and barely getting by on Xanax and prayer. I stick my hand in the cooler, dig my fingers through the ice. I need to feel something else.

“Okay then, this is my thing. We all have a thing and this is mine.” I start talking to myself like a crazy person. “This is wrong, body. You’re doing the wrong thing. You’re ruining my vacation.”

Clarity. I am between waves of panic and brewing a plan.

I need to turn the tide. What would my body be doing if not persisting with this futile exercise of fight or flight. Swimming, probably, maybe reading a book. I decide to go with the thing that feels like the exact opposite of what I’m doing right now. So I stand quickly, before I change my mind and walk toward the vast ocean. The sand burns before turning suddenly cool and jagged shells dig into the soles of my feet. The water swells and rocks me unsteadily onto my heels, lifting my anchor just barely. I rest my palms on the glassy surface of the water and whisper a prayer.

My husband is laughing, our toddler squeals in delight. Their shouts seem distant, fading away beyond me. I hear them like a television left on in another room. Now it is me, just me with the rolling sea pressing toward me, large and looming. My adrenaline rushes at it’s enormity and it feels right to respond to something real.

“Come on then!” I shout. Slapping the water, I taste salt before the wave meets me. It lifts me and I throw myself against it. Fighting and submitting in the same breath, fury and peace roll together as I tumble and slide against a million shattered remnants of coral and shell.

I push wet hair off my face and spit salt water, coughing. My skin tingles, cold and alive. My legs wobble as I rise and stand again crashing against the already churning wave with arms lifted and fingers splayed toward the sky. My husband snaps a picture. One of many. I find the photo later and it brings tears to my eyes. Even I can’t understand how I could have been tormented with anxiety in such a place, and I am filled with shame.  It weighs on me, heavy and dark in the murky discards.

I whisper words of gratitude.

This photo joins a million others. Mine, yours. This web of images meant to describe us, to draw us together, tangles and becomes blurred where truth is lost. A picture is said to be worth a thousand words, but in a world where images are as plentiful as grains of sand, it is often not the picture that we most need, but the thousand words. 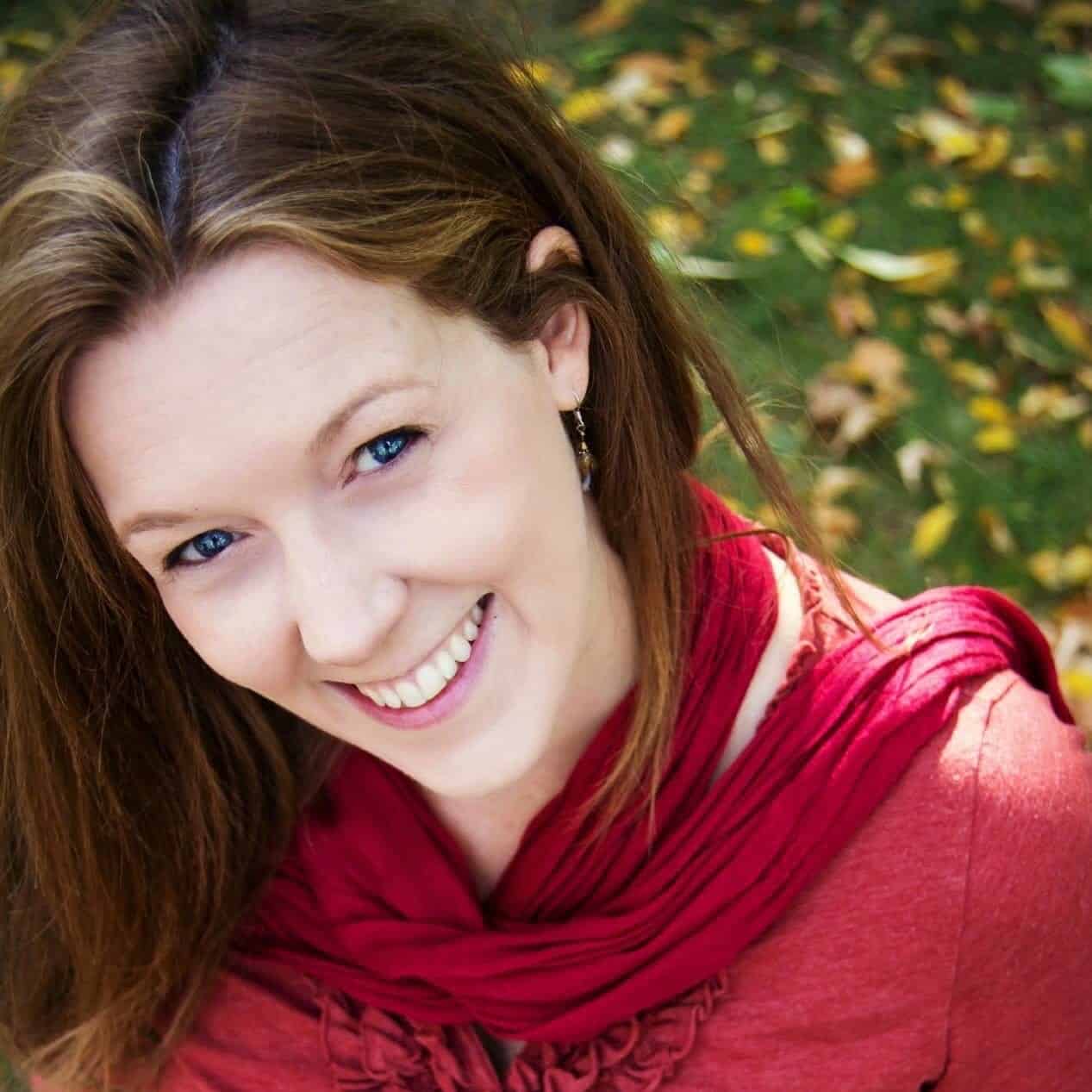 Erin is a freelance writer and aspiring novelist. She lives in Wisconsin with her husband and five children and is an embracer of challenges and a lover of life.