Trauma’s Not a Sin Recently I ran across the following sentences in a status update and, in short, wanted to run over my tablet with the lawnmower: “Sin isn’t very chic to talk about these days. Words like: brokenness, psychological issues, maladjustment, and trauma are way more palatable. But woe to us if we completely ignore sin.”

I copied and sent these lines to a friend to keep me from traumatizing, breaking, or otherwise maladjusting my device. “How are sin and trauma even in the same sentence,” I asked, “as if they are interchangeable?”

Because for generations, we’ve been told that they are. “Poor me” therapy-seekers engage in yoga, latte-drinking, simpering, and other chic, self-centered activities. If we just gave our kids good spankings when they were young, they would learn to examine themselves, fear God, and stop playing the victim.

“If only,” I finally commented on that post, “trauma were as easy as sin.”

Sin I can choose.  I can decide whether to make that one last quip about my husband’s outfit that will chip away at his confidence. I can pretend not to see the annoying acquaintance in the Target aisle. I can yell at my child to shut up.

And sin I do. Sunday through Sunday. Dark, sludgy, coffee grounds stuck to the bottom of the trash look prettier than my soul on most days.

But what I can’t decide to do is flip the switch that makes me black out after reading an aggressively critical email from my father. I can’t pray back the appetite I lose for several days after getting yelled at by an unstable neighbor. I can’t simply schedule a time to peel myself off the couch after days of hiding under a blanket, “sick” for no discernible cause other than someone has raised her voice, expressed disdain, or sent me a text in all caps.

Oh, me of little faith? Or of a lot of faulty wiring?

I grew up in southern California and became downright obsessed with earthquakes in college. True, there has always been a decent chance of the “Big One” causing severe damage and killing a couple thousand people. But twenty million people live in the region, and there’s always a much greater chance of dying from a heart attack, cancer, or car wreck.

But the adrenaline that hit with every little rumble or news report sent me straight to the image of the Nimitz Freeway in San Francisco crushing a line of cars in the 1989 quake. It wasn’t death but being trapped that terrified me. My body told me I was in danger, and I couldn’t escape my body. My body told me we were all going to die, and I was the only one who seemed to care.

“Read Psalm 46,” the people from my campus fellowship group always advised, and I recited and highlighted the words about God being our “ever-present help in trouble…though the earth give way and the mountains fall into the heart of the sea.” But the words stayed lodged in my intellect and would not nudge their way down to my twisted stomach.

Now I understand that my reactions had nothing to do with earthquakes and everything to do with neuropaths laid from a childhood household dynamic that left me feeling insecure, out of control, and ready to bolt at all times. After moving to the Midwest, the panic transferred to airplanes. Then certain highways. And then, in the past few years, people expressing aggression.

After years of feeling ashamed, misunderstood, and trapped in a body that seemingly resisted prayers, Bible verses, and Christian counsel, I understood that treating these reactions as sin did not help. It made everything worse.

A few months ago, a psychologist friend suggested trauma. I had never even considered it, for trauma belonged to veterans, victims of sexual assault, and witnesses to horrible crimes. I had experienced difficulties in my childhood, no doubt, but I didn’t feel like I deserved that diagnosis when so many other people had truly suffered.

I figured I needed to try anything, though, so I made an appointment with a therapist. I felt ridiculous even bringing up the “T word,” but it took all of five minutes for her to discern the problem. The bottom line, the therapist told me, is that whether I believed I “deserved” trauma or not, my body reacted to conflict in ways I couldn’t control. “It’s not a matter of your life being ‘bad enough,’” she said. “You have PTSD.”

She was right. Though I’ve always struggled with anxiety and hormonal imbalances, these episodes were different. I wasn’t sitting around stewing over problems or spitting at God’s face, “I don’t trust you.” I was living at the mercy of my amygdala—flying, fighting, freezing in place.

For the past couple of months, I’ve been receiving EMDR (Eye Movement Desensitization and Reprocessing). When my therapist suggested it, I immediately pictured crystals, Tom Cruise, and hypnotists at Venice Beach. But I started hearing from several smart, reliable, and yes, Christian sources, that EMDR therapy was scientifically legit—and worked.

EMDR helps people reprocess distressing memories, literally laying new neuropaths in the brain. Some difficult memories can get stored inadequately, setting up the brain for extreme reactions to similar triggers.  As described by Dr. Natalie Shapiro, the founder of EMDR:

During EMDR therapy the client attends to emotionally disturbing material in brief sequential doses while simultaneously focusing on an external stimulus. Therapist directed lateral eye movements are the most commonly used external stimulus but a variety of other stimuli including hand-tapping and audio stimulation are often used.

In my case, I spend about sixty seconds at a time revisiting a target distressing memory while focusing on a rapidly moving light. I tell the therapist what I noticed or felt, return to that memory with those feelings, or move on to other associations that popped up during the interval.

Sometimes I feel nothing. Often I get walloped with insights: That’s why I’m so scared of being trapped. Sometimes a bad memory involving a parent moves me to unexpected moments of joy and laughter as I remember a joke my sister and I shared twenty years ago—a way of surviving then that makes me feel strong, confident, and connected today.

I am already starting to experience positive change, and since I entered this process cautiously, I am fairly certain this isn’t the placebo effect at work. In the past month or so, I have navigated several difficult exchanges, including confronting my child’s strong-willed teacher and working my way out of an extremely delicate relational situation. I am sure I have a long way to go, but I am already facing challenges that used to terrify me.

Of course, our bodies and spirits are intertwined. Recognizing trauma and receiving therapy will help me deal with conflict better, which, in turn, will help me love others as myself, perhaps committing fewer sins of omission.

Healing—that’s what’s chic and palatable. Woe to us if we give up. 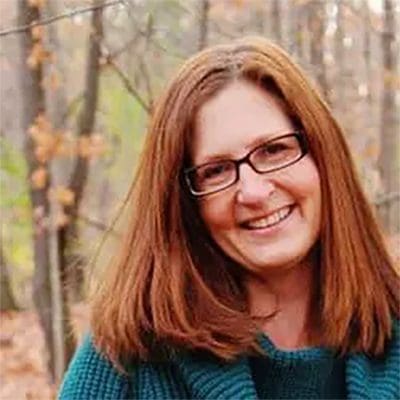 Tania is the author of the poetry collections What Will Soon Take Place (2017), Second Sky, A Thousand Vessels, Simple Weight, and Delicious Air, which was awarded Book of the Year by the Conference on Christianity and Literature in 2007. Her guides How to Read a Poem and How to Write a Poem are used in classrooms across the country. Her poems have appeared in many publications, including Poetry, Image, Harvard Divinity Bulletin, The Christian Century, Saint Katherine Review, Atlanta Review, Indiana Review, and the Paraclete book Light upon Light: A Literary Guide to Prayer for Advent, Christmas, and Epiphany. Tania was awarded an NEA Literature Fellowship in 2011.