My Many Medical Problems Make Me Appreciate Easter All the More 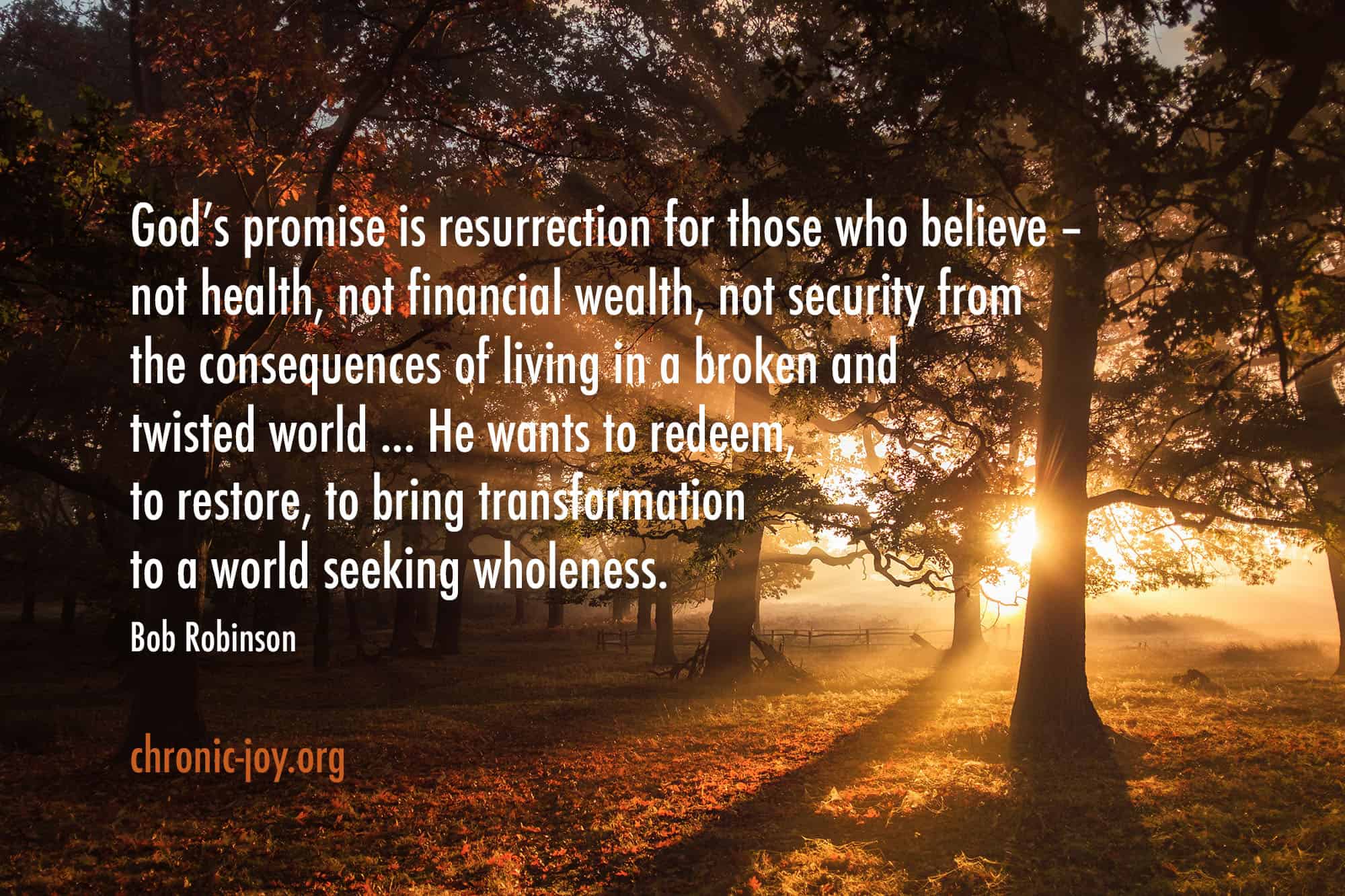 I thought I had the stomach flu. But after 3 days of intense abdominal cramps, I called 911 and went to the ER. The next several days were filled with pain and fear as they tried to help my colon heal with antibiotics. My wife Linda rushed home from Haiti where she was on her annual missions trip. The final verdict: My colon had to be removed. Not exactly what I wanted to hear.

I’ve spent the past four weeks recovering (both physically and emotionally) from a colectomy.

My Whole Life has been Marked by My Body Being Dysfunctional

It began when I was a kid. From the age of five to thirteen, I was in the hospital at least once a year for a surgery to reconstruct my urinary system, which was congenitally malformed. They told my parents that their five-year-old boy had a 50/50 chance of being on dialysis the rest of his life. Thankfully, after all the pain and strangeness of being a “hospital kid,” the surgeries were eventually successful.

I was relatively healthy (except for the fact that I had only one functioning kidney) for most of my adult life until 2006. That’s when I experienced the pain of a heart-attack, but I was actually experiencing a tearing of my ascending aorta. Most people do not survive an aortic dissection (think John Ritter and Bill Paxton). Before EMS could arrive at our home, I stopped breathing so Linda had to perform CPR on me (pounding on the chest of a then-dead-man whose aorta was in danger of bursting at any moment!). She successfully revived me. At the hospital, the surgeon discussed with Linda the emergency surgery her husband was being prepped for, but he thought that he was talking to a future widow. Most of these kinds of patients don’t make it off the operating table.

I somehow survived the emergency reconstruction. However, my lungs shut down (Acute Respiratory Distress Syndrome) and I was placed in a medicated coma that lasted four weeks. The pulmonologist in charge told Linda that he was not sure if I’d recover. But I did, and after seven weeks in the hospital, I finally went home.

But then they discovered a second aortic aneurism building up next to the repair, so I had to suffer the emotional stress of waiting all summer as I healed from the first surgery before I had to undergo a second open-heart surgery to replace the original work done. I did not know if I’d live or die. All I could think about was my young children, who at the time were 7, 6, and 6 years old.

Like I said, my whole life has been marked by my body being dysfunctional. Now, on top of having only one functioning kidney, an artificial aortic heart valve and aorta, I also don’t have a colon! I’ve had to deal with pain and near-death enough for anybody. With each medical crisis, it makes me very aware of my mortality.

I know that I don’t have it as bad as so many – I’ve seen a lot of people suffer during all these hospital stays. I also have friends who have medical problems that are so much worse than mine. This is being written not to have folks pity me. What I want to explore is this:

Death is very real to me. Because most of us do not experience huge medical issues and because of the advances in modern medicine, it is easy to ignore the certainty of death. But when we experience the kinds of things I’ve experienced, it is very real. But this is a very good thing!

Because it makes me deeply ponder the amazing hope that Jesus promises because he resurrected from the dead. In our modern day, we don’t worry about dying, so we don’t appreciate the amazing promise of resurrection that believers in Jesus Christ have.

Late one night, as I laid in my hospital bed recovering from this latest surgery, I was moved to tears as I prayed. I realized that if I lived in Jesus’ day, I would have died – I would never have survived any one of these medical emergencies.

God’s promise is resurrection for those who believe – not health, not financial wealth, not security from the consequences of living in a broken and twisted world. He has called a group of people, those yielded to him as Lord and Savior, to participate in what he is doing to reclaim this world from being broken. He wants to redeem, to restore, to bring transformation to a world seeking wholeness.

And here’s the kicker: He calls those who are not whole ourselves – not spiritually, not emotionally, not mentally, not socially, and not physically.

It doesn’t matter if I am not whole physically, I still have the privilege and pleasure of being on Christ’s team bringing restoration to those around me, proclaiming along the way the hope of resurrection.

Resurrection means no more pain, no more suffering, no more broken bodies because we will have renewed bodies made to live a life animated by the Holy Spirit for all eternity in a New Heaven and New Earth. The hope of Easter is that because Jesus died and was resurrected, we too will defeat death by being physically resurrected.

*First published on March 27, 2018 at Patheos. **Published with permission. 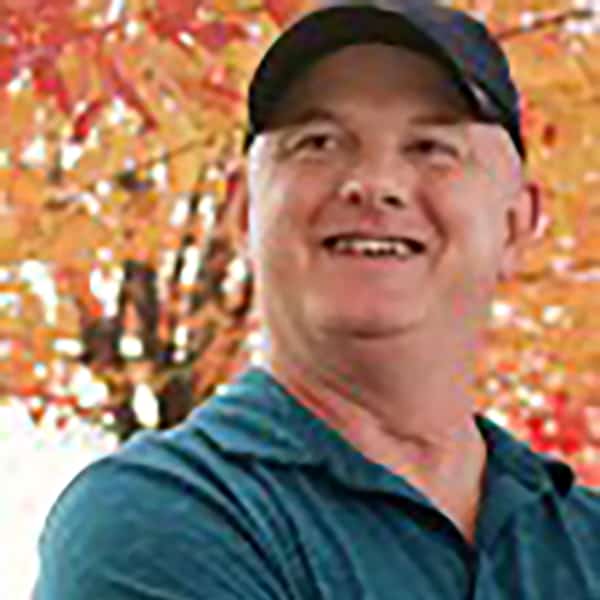 Bob is Executive Director of Reintegrate, a non-profit organization that provides teaching, curriculum, consulting, and resourcing to equip God’s people to reintegrate the Christian faith with all of life, especially their vocations. He works with pastors, church leaders, marketplace leaders, and college students. His ministry to college students is in a cooperative partnership between Reintegrate and the CCO (Coalition for Christian Outreach), where he reaches out to students at Kent State University at Stark and Stark State College. He is the author of Reintegrate Your Vocation with God’s Mission (Good Place Publishing, 2017), a seven-chapter Bible study with practical applications for whole-life discipleship. He holds the Bachelor of Science in Business Administration from the University of Akron, the Master of Divinity from Trinity Evangelical Divinity School, and the Doctor of Ministry in Faith, Vocation, and Culture from Covenant Theological Seminary. Bob lives near Canton, Ohio with his wife Linda. They have three young adult children, Trey, Joel, and Kaira.