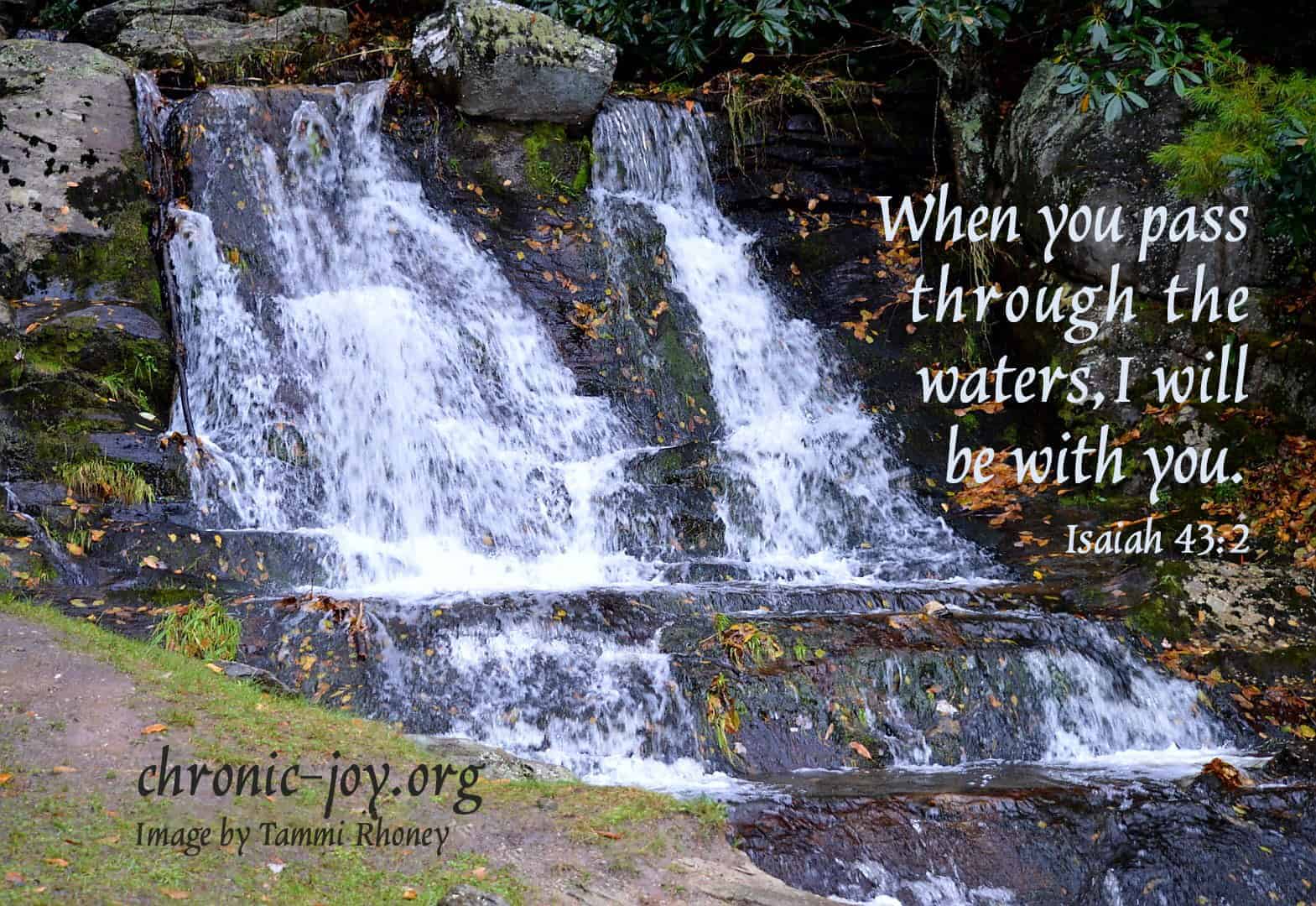 When you pass through the waters, I will be with you. Isaiah 43:2

A Reason For Our Captivity

Many of us with chronic illnesses and pain feel like we live life in exile, separated from the rest of the world because of the isolation caused by our illnesses. With the coronavirus causing havoc around the globe and forcing businesses, schools, churches, and restaurants to close, others are experiencing the isolation and loneliness that we live with on a daily basis. I have suffered with Myalgic Encephalomyletis/Chronic Fatigue Syndrome (ME/CFS), a severely debilitating complex chronic illness, that has kept me mostly housebound for twenty-seven years, almost half my life. One friend accurately named M.E. “the leprosy of the twentieth century.”  It’s easy to become discouraged because we feel so disconnected, but God has a reason for our captivity.

In the book of Daniel, when Daniel and his three friends, Shadrach, Meshach and Abednego, were held in captivity by King Nebuchadnezzar, they sought to glorify God, and refused to eat the king’s food or bow down to his golden image (Daniel 1:8, 3:18).  They knew the Lord and wanted them to obey, worship, and glorify Him, even in very difficult circumstances, and they chose to trust God no matter the outcome. God had a reason for their captivity, and that was to bring glory to Himself.

Focus on God, Not On Your Circumstances

The same is true for us. We worship the same God as in Daniel’s time. While in captivity because of our illnesses, we can find new ways to glorify God and worship Him. I enjoy listening to the dramatized Bible via audio on the Bible Is app, because it takes less brain energy than reading, and brings God’s Word alive with music, sounds, and voices.  We can listen to on-line sermons, memorize and meditate on short Scripture verses, send cards to others, and call someone who is lonely whenever we feel up to it. The more afflicted we feel, the more important it is to spend time in prayer, praise, and worship, focusing on God each day rather than on our circumstances. Psalm 16:8 says, “I keep my eyes always on the LORD. With him at my right hand, I will not be shaken.”

There are similarities and differences between Daniel and his exile and our exile caused by chronic illnesses. One main difference is that we know God sent Israel into exile as punishment for their sin, while our chronic illnesses often are not God’s punishment for sin, but the result of living in a fallen world. Similarities include that both are from God’s Hand (Job 2:10, Isaiah 45:7). Scripture says that God is completely Sovereign and free to do as He wills for His own glory (Psalm 15:3, 103:19). God’s Sovereignty determines the length, duration, and severity of our illnesses, just as He determined the duration of captivity for Daniel and his friends. If it’s God’s will, He chooses when and how to deliver us, details only He knows (Ecclesiastes 3:11). Daniel didn’t know he would be delivered from the fiery furnace and the lion’s den, but even if he was killed, he intended to remain true His God (Daniel 3:16-18).

Daniel and his friends didn’t know a theophany of Christ would appear with them in the furnace, which had been heated to seven times hotter than normal (Daniel 3:19, 25). God chose to reveal His power in and through them as their clothes were not even singed nor was there even any odor of smoke on them (Daniel 3:27).  Senior Pastor, Dr. Bill Barcley said, “God reveals His power and glory in and through us, especially in times of trial and through our perseverance.”

We’re never alone; God promises to be with us, because we are His precious and redeemed people (1 Peter 2:9). He says, “I have redeemed you, I have called you by name, you are Mine” (Isaiah 43:1-3, ESV). Yet God doesn’t always save His saints from death or disease. Our calling is to trust and obey Him and leave the rest in His Hands.  As Paul proclaimed, weakness is one of the ways God displays His strength and power through us (2 Corinthians 12:9-10).

Life in exile is fruitful because it:

Even as believers, we are a very sinful, idolatrous people, but thankfully our sins are covered by Christ’s precious blood (1 John 1:9).

Sometimes God chooses to remove all distractions from our lives so that He becomes our most important and treasured possession.

While life in exile is not fun, it’s sometimes necessary in God’s plan. We should ask Him to help us give thanks to Him for this time of refining in our lives and for how He’s going to use these fiery trials for our good, for the benefit of others, and for His glory (Romans 8:28). 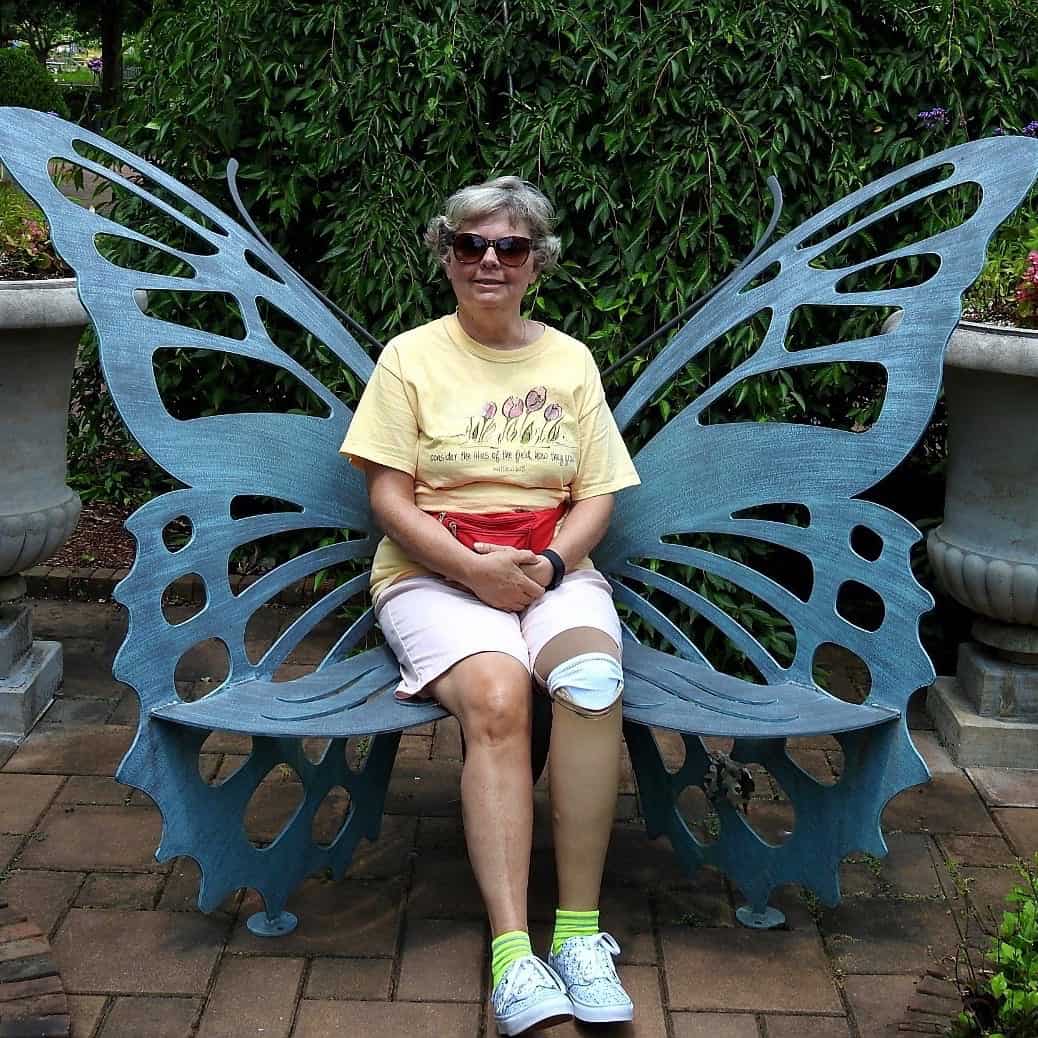 Tammi loves JESUS, the doctrines of Justification and Predestination, beautiful butterflies, bird watching, photography, sewing, and stenciling. Her favorite seasons are spring and fall. Because she is mostly homebound, she takes photos in her backyard, adds Scripture to them, and makes them into two cards sizes and five canvas sizes. You can view her photos on her Facebook page, “Tammi Rhoney Photography.” She also loves her very supportive and helpful husband of 23 years, Todd, and her black and tan miniature dachshund named Mini. 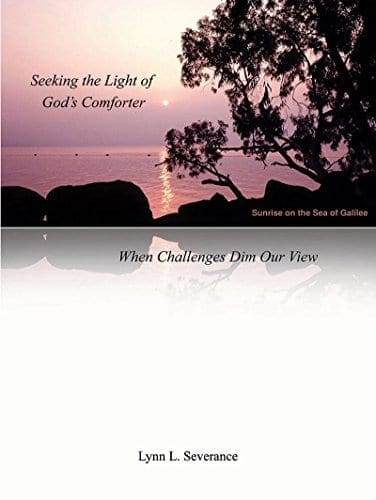 Where can we turn when challenges and difficulties arise? This book points us to the Holy Spirit who brings comfort and light to our pathways. Lynn knows about the challenges chronic illness and has chosen to reach for the presence of God in the midst of those times. Her sixty thoughtful devotions will bring renewed hope and encouragement to those experiencing times of trials. 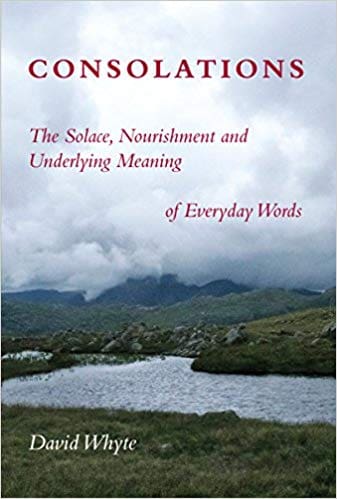 Consolations: The Solace, Nourishment and Underlying Meaning of Everyday Words

52 ordinary words, each its own particular doorway into the underlying currents of human life. Each word inviting readers into a poetic and thoughtful consideration of words whose meaning and interpretation influence the paths we choose and the way we traverse them throughout our lives. 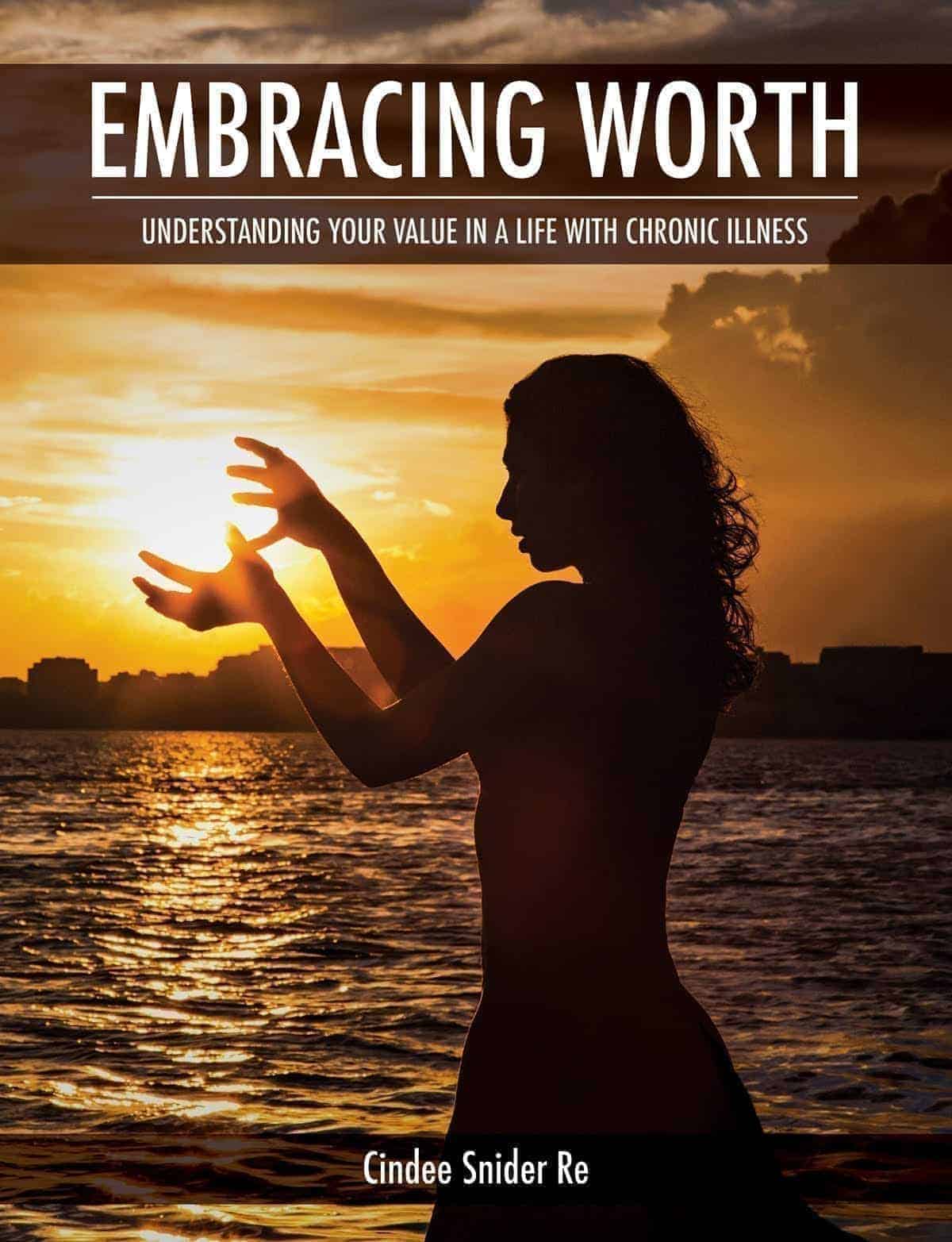 EMBRACING WORTH: Understanding Your Value in a Life with Chronic Illness

This 10-chapter study powerfully reminds us that our value isn’t found in what we can or cannot do, but in Christ alone. Regardless of what we’ve lost through chronic illness, this isn’t the end of our story, for in spite of our circumstances, in the midst of the hard, when we’re not sure we can take even one more breath, God is still good. 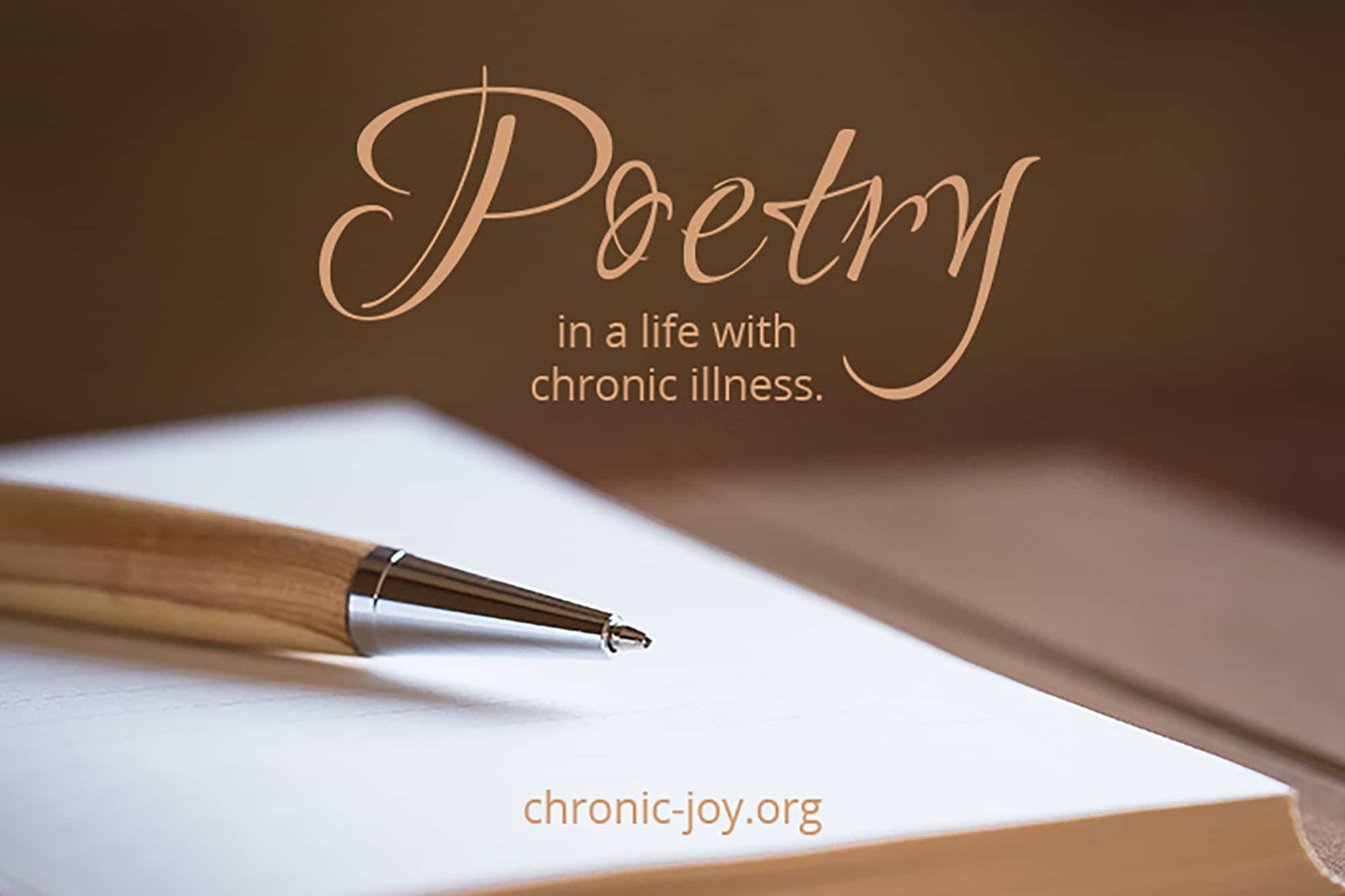 Poetry invites us to notice and to explore – the symptoms, confusion, loss, grief, and uncertainty of chronic pain and illness; to collect the moments and small victories; and to discover God’s still small voice in brand new ways. 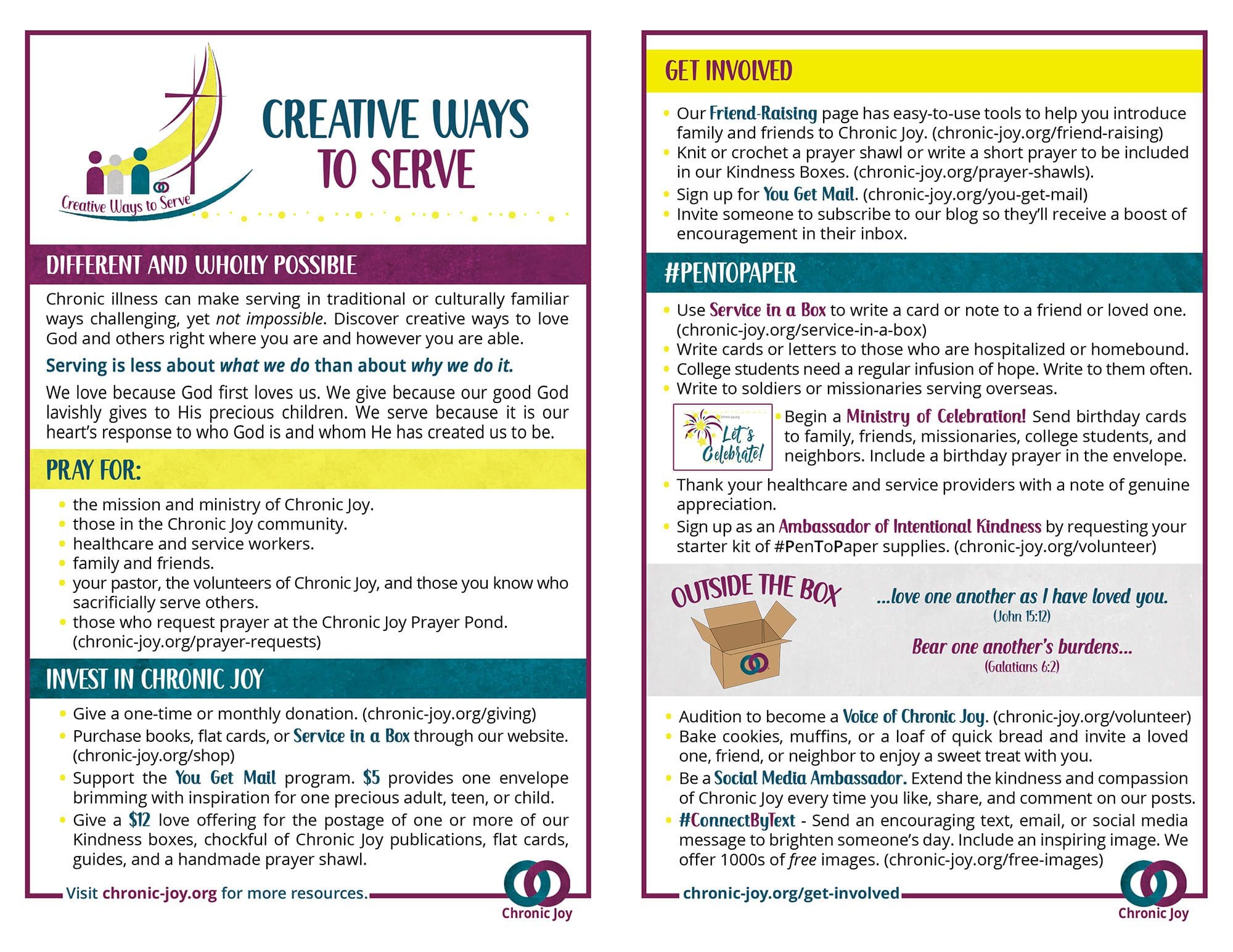