Why You Need to Seek Something More than Peace What’s your goal in troubled times?

What’s your goal in troubled times? As much as we’re often told that it’s okay to simply survive, most of us, if we’re completely honest, want more than that.

Christians talk a lot about peace. So much so that it’s easy to feel like you’re doing something wrong if you’re not unflappable during trials.

Seek Something More than Peace

The reality is, our goal in tragedy is not to “keep calm and carry on.” Why?

First, because unless you’re a natural Pollyanna, that’s going to be impossible.

Second, because being stoic does not change something bad into something good. It might make it easier to survive for a short while, but we want more than that. We want to look back at the dark days and say that they were done well.

So how do we live through disaster well? We take our terrifying anxieties and our aching sorrows in both hands and we look heavenward. We choose to let despair draw us to Jesus, rather than away. We decide to live rightly during periods of sleeplessness and chaos. We recite our worldview over and over to our numb hearts until we find meaning in what is meaningful.

Jesus is King over this darkness.

Jesus is choosing to let me go through this for a reason and a purpose.

Jesus has my best interests at heart.

One day I will look back on my life, and I will see all my shadowy valleys gilded with the gold of a new day dawning. I will behold a glorious picture which would have been impossible if my journey had taken place on a smooth, flat plain.

On that last evening, I will realize that I have been made beautiful because Jesus led me over perilous mountain passes and through suffocating gorges, not in spite of them.

Our goal is not physical peace during agony and illness. Despair and fear do not mean that you’ve failed in this walk called life. Rather, every emotion can be redeemed if we let it pull us toward Jesus.

Those Who Did Not Get Peace

It’s not sinful to struggle in the face of affliction. Jesus was troubled before His death — did that mean He did not trust God enough? So many Christians have lived through immense hardship and they have not come out unmarked, but they become more like Jesus.

I think of William Wilberforce, who suffered from a nervous breakdown each time his bill to end slavery was defeated. I think of Martin Luther, who often felt driven to distraction by worry over his salvation, his teachings, and his congregation. I think of Charles Spurgeon, who struggled to find joy in the midst of ongoing depression.

I use these big names because they are well known, but there are so, so many more in the annals of history, many of whom have left no mark at all in this world, save this: they were faithful with what they had been given. They struggled, they failed, they reached out to Jesus, and they tried to love their neighbor.

What more can we ask than to be able to look back on dark days and hear Jesus say, “You lived them well, good and faithful friend?”

This, not physical feelings of peace or joy, will be what redeems our tragedy. This, not simply surviving, will be what forms our crown. And “this” is within everyone’s reach: all He asks is that we seek Him.

When peace doesn’t feel achievable, where do you turn?

Why You Need to Seek Something More than Peace

Why I Feel Uncomfortable When People Offer to Pray for Healing 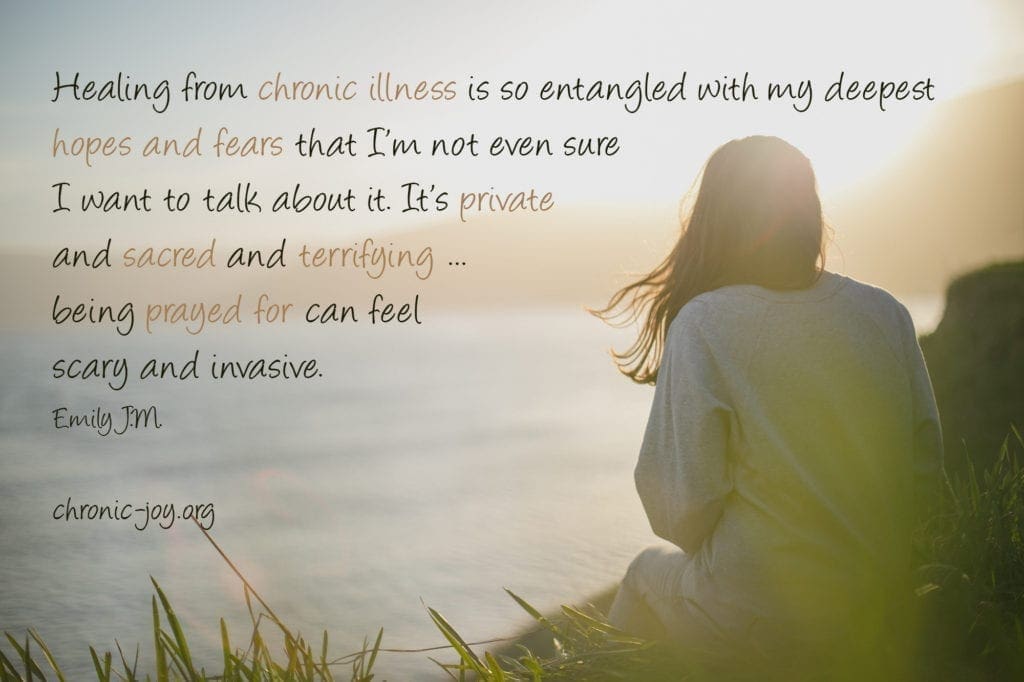 How to Encourage without Lying

When Encouragement Feels Like Lying   I sometimes find that ‘encouragement’ feels like lying, especially when it comes to chronic illness. I want to cheer up my sick family member or struggling friend, but when I search through my “encouragement vocabulary” the gems I unearth are... 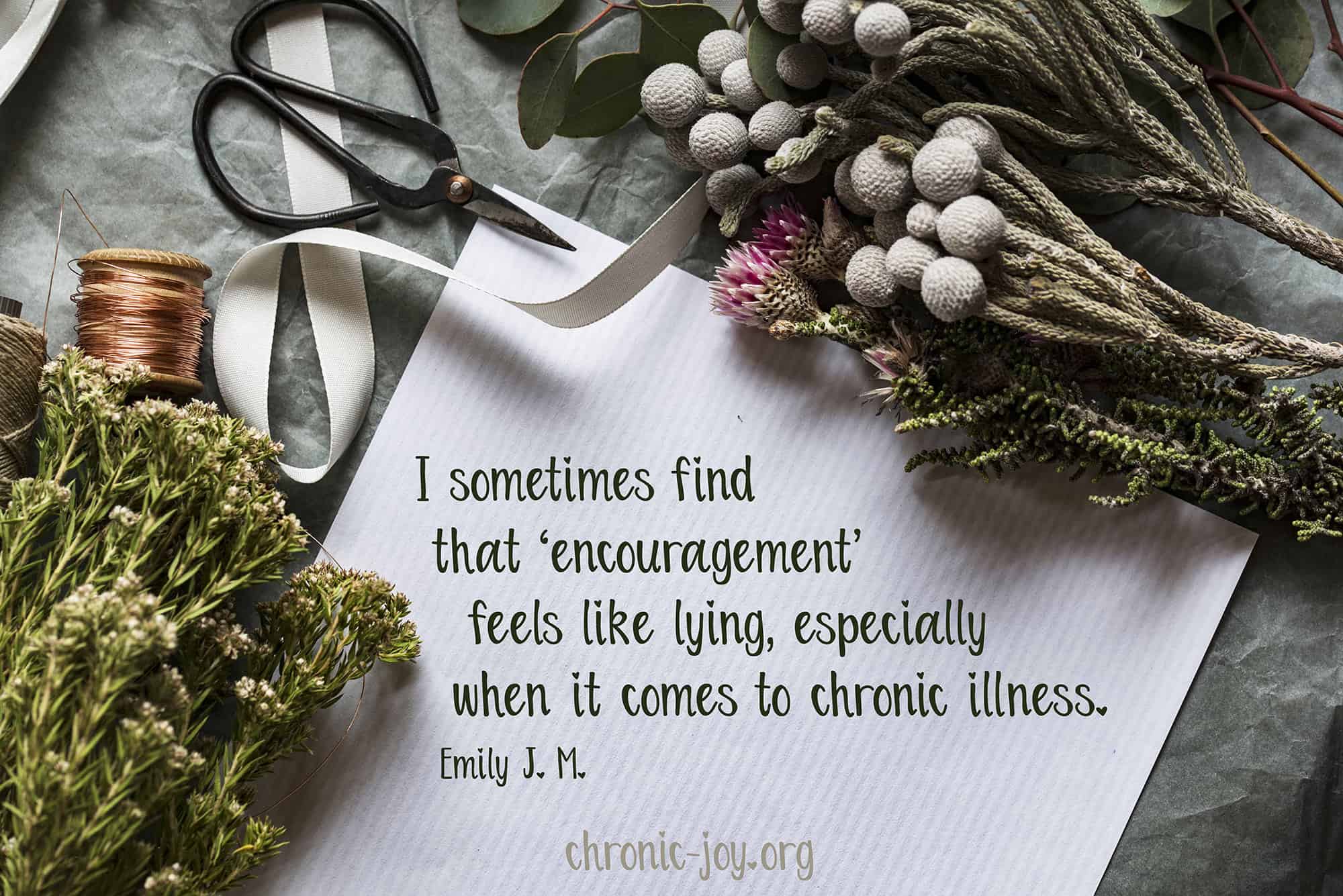 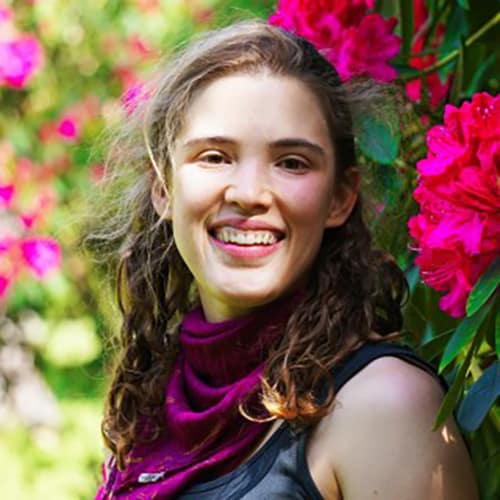 After working for several years in the public health sector, Emily is now studying theology. She believes we are all called to love suffering people, because that's what Jesus did. She is passionate about equipping and encouraging others to do just that, and founded www.calledtowatch.com for the family and friends of those with chronic illnesses. As well as uncovering God's presence in the chaos of life, she enjoys reading, running and writing, with her memoir coming out next year. 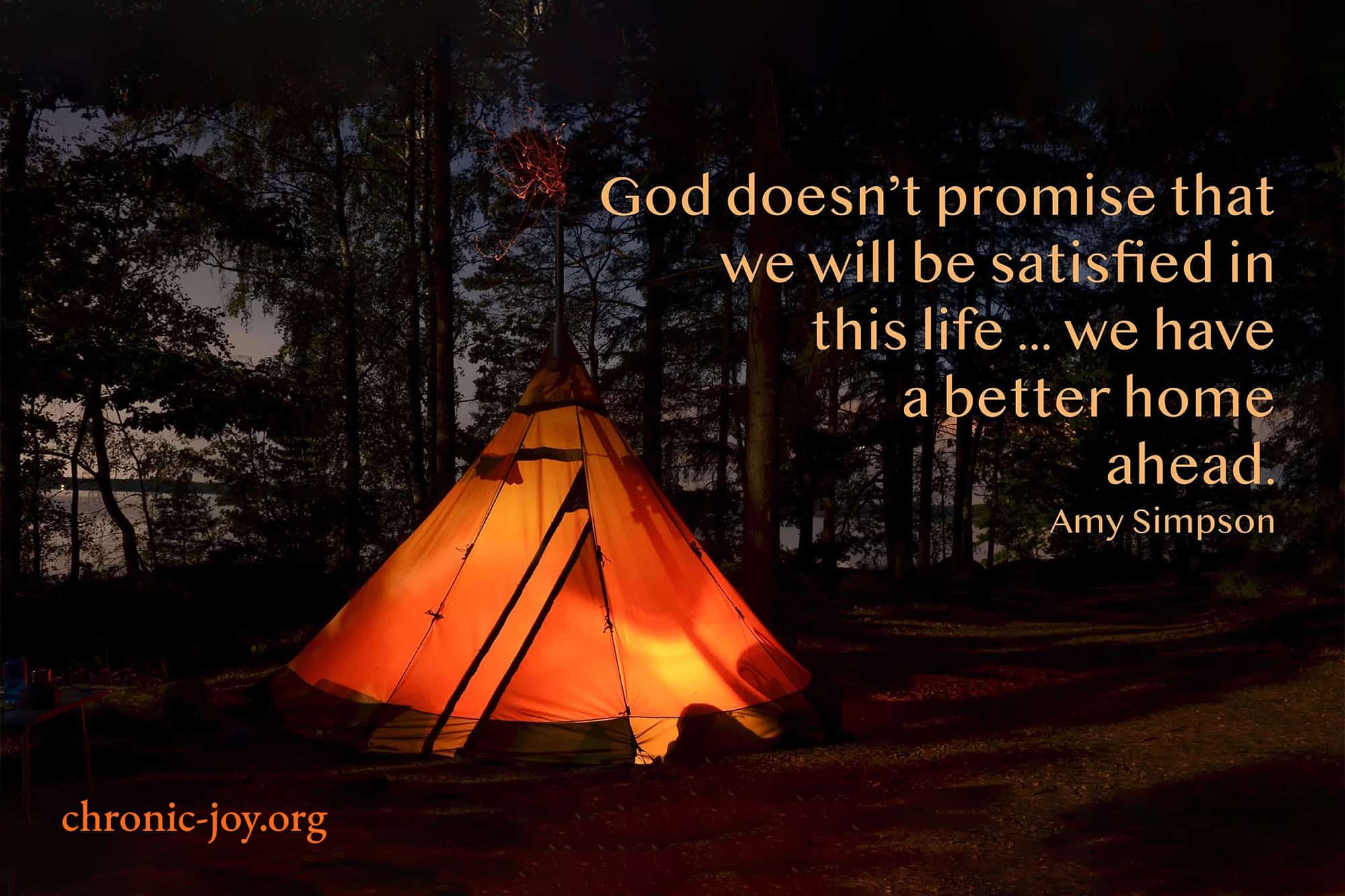 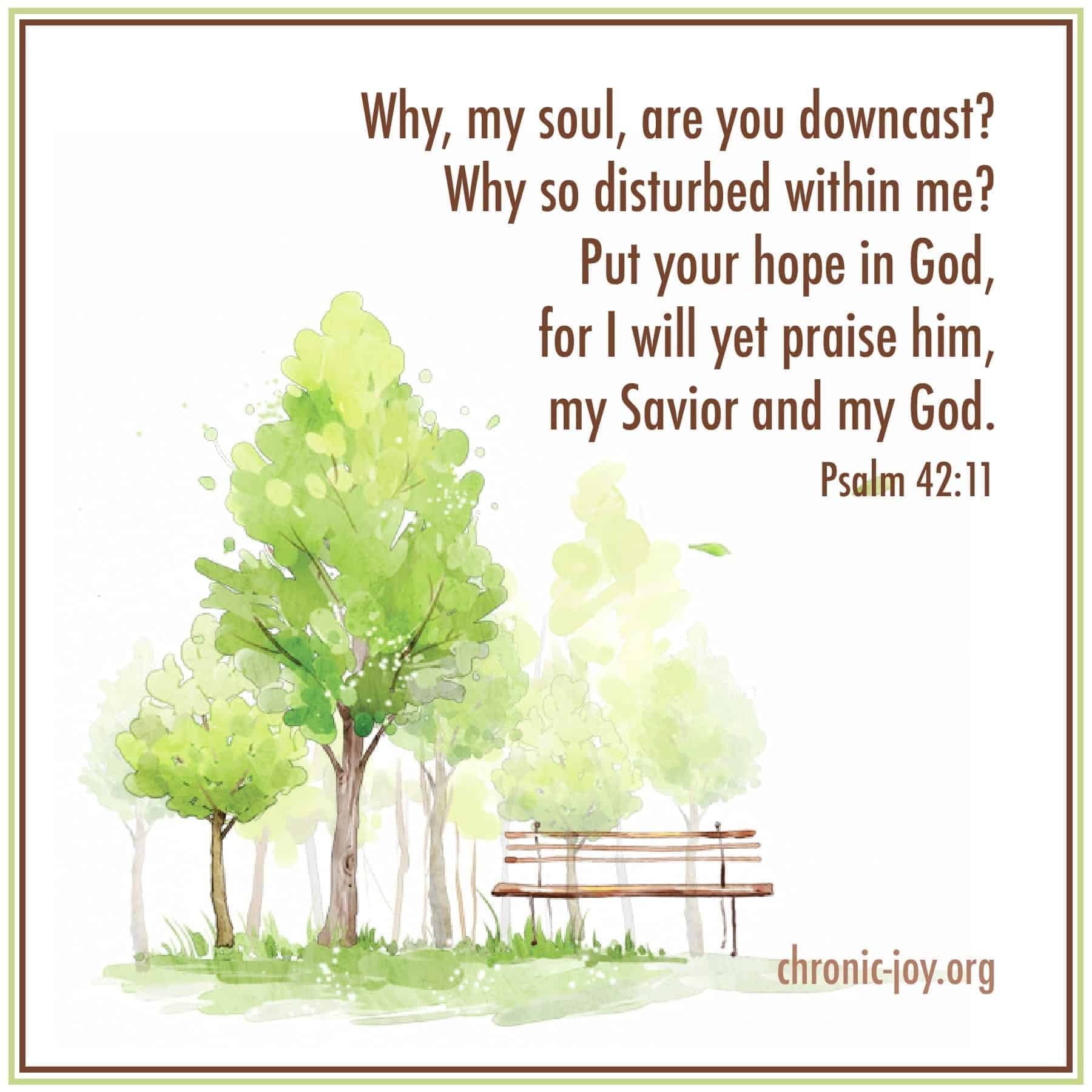 3 Things Not to Say to a Depressed Person 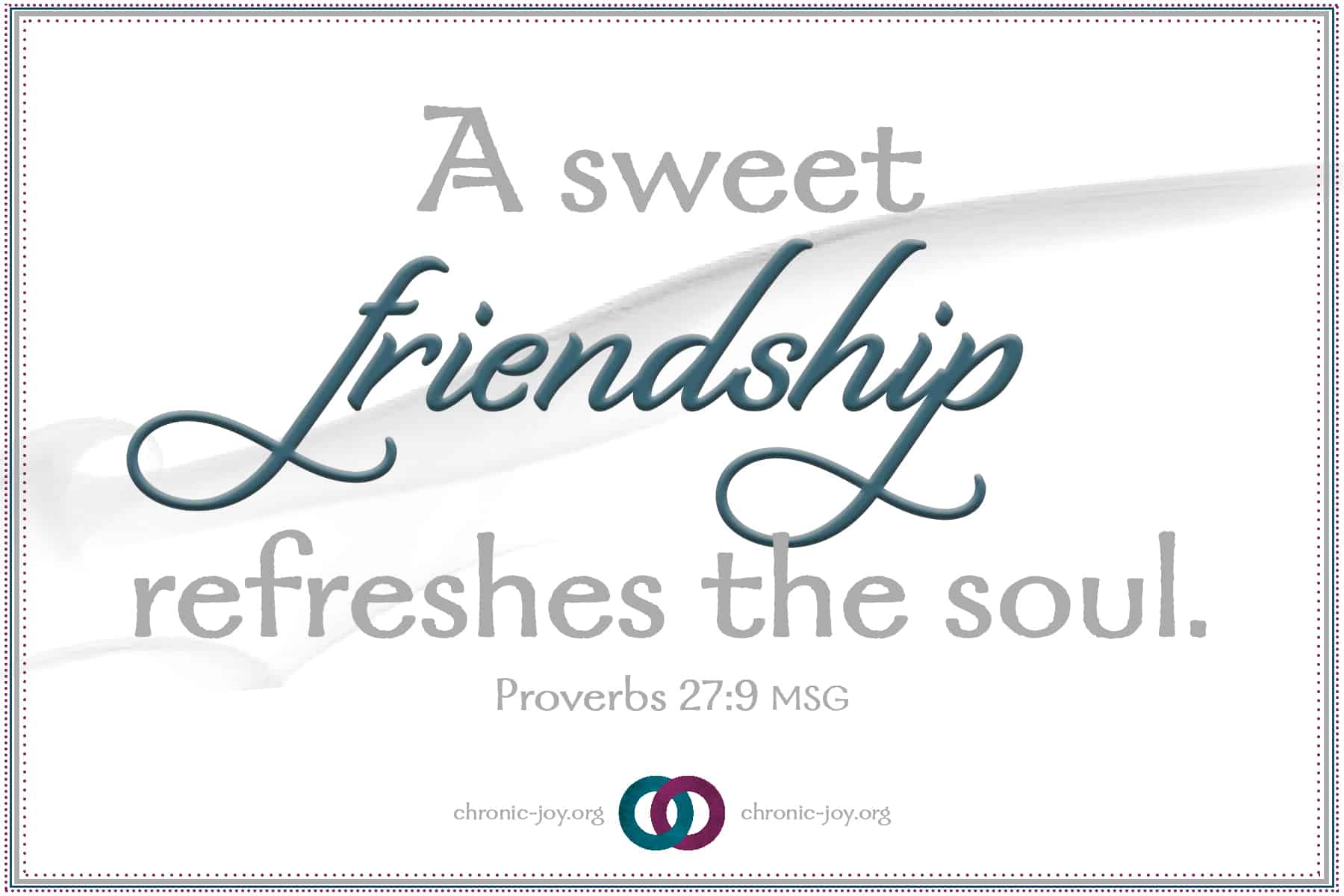 Walking Alongside the Chronically Ill 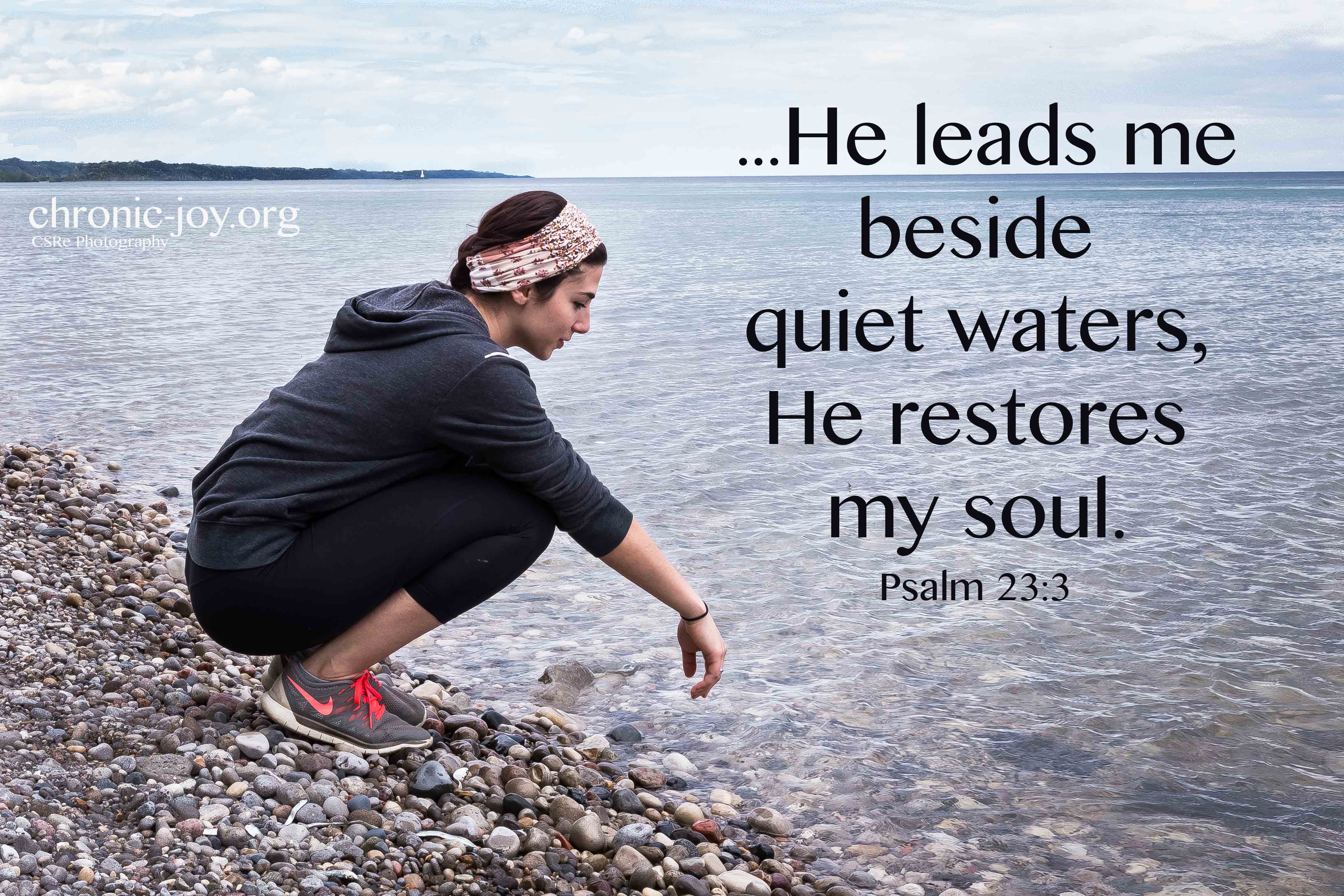 A Time to Recover

The Story of My Illness: Lisa Brown 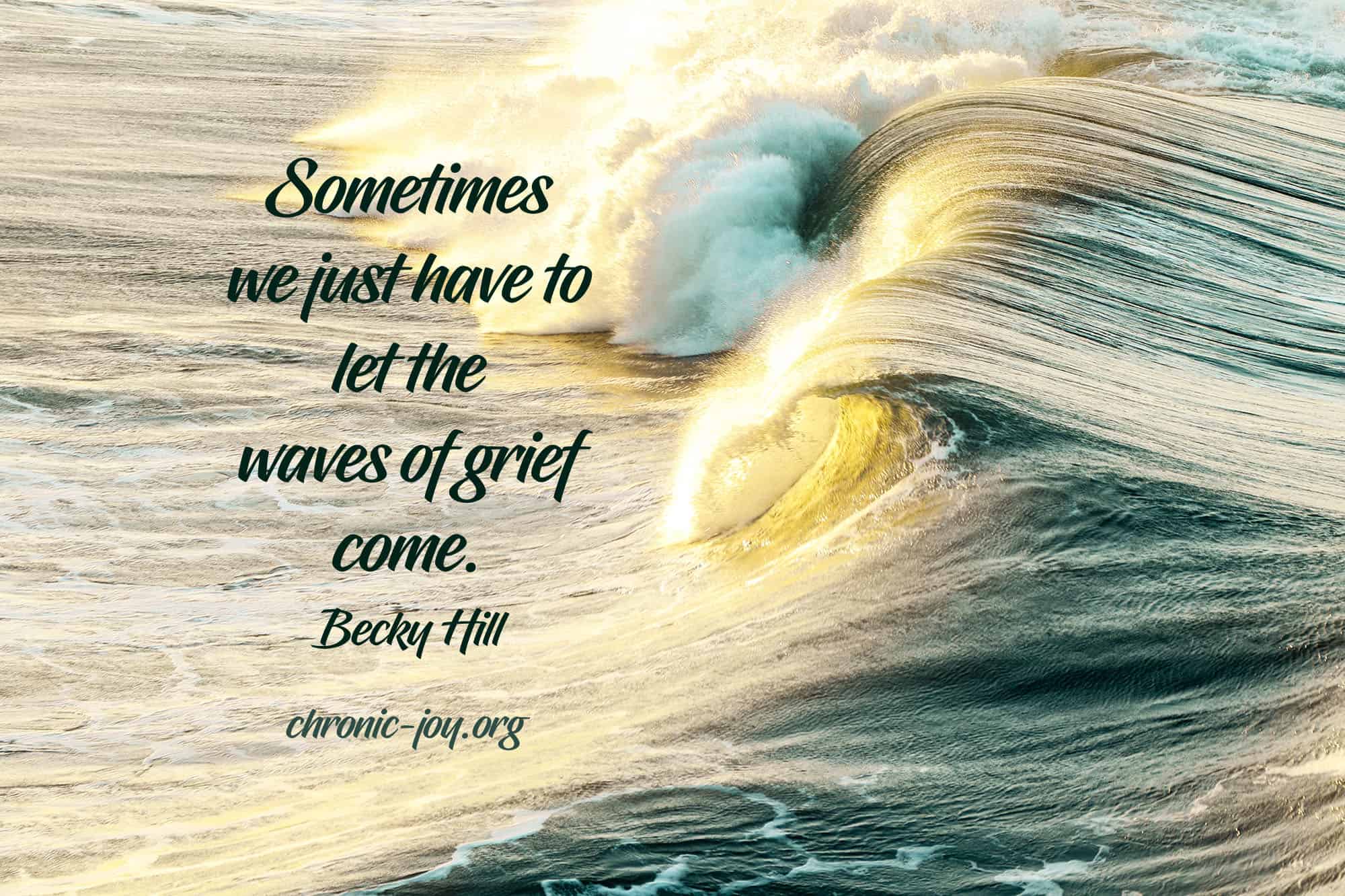 Waves of Grief in Chronic Illness 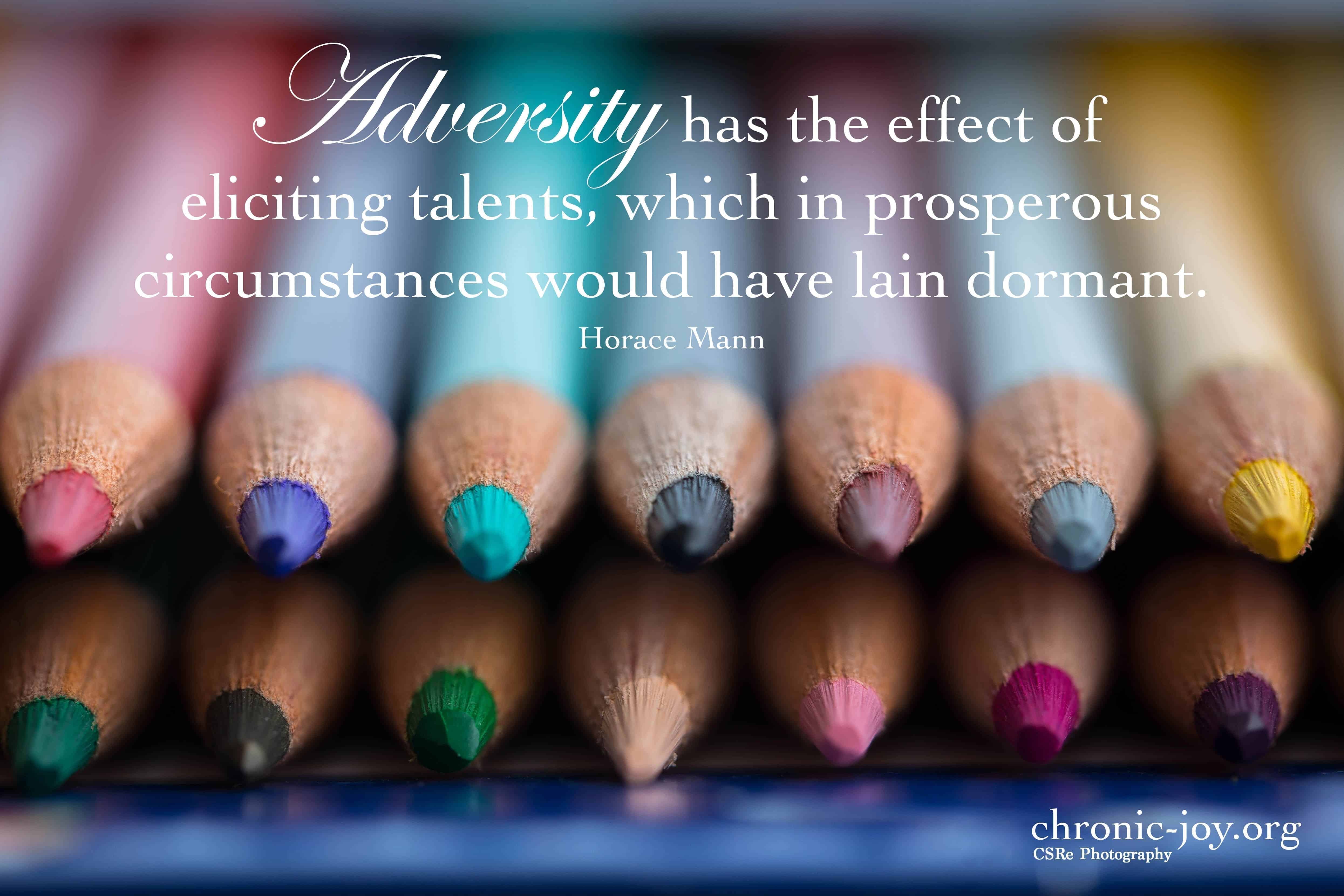 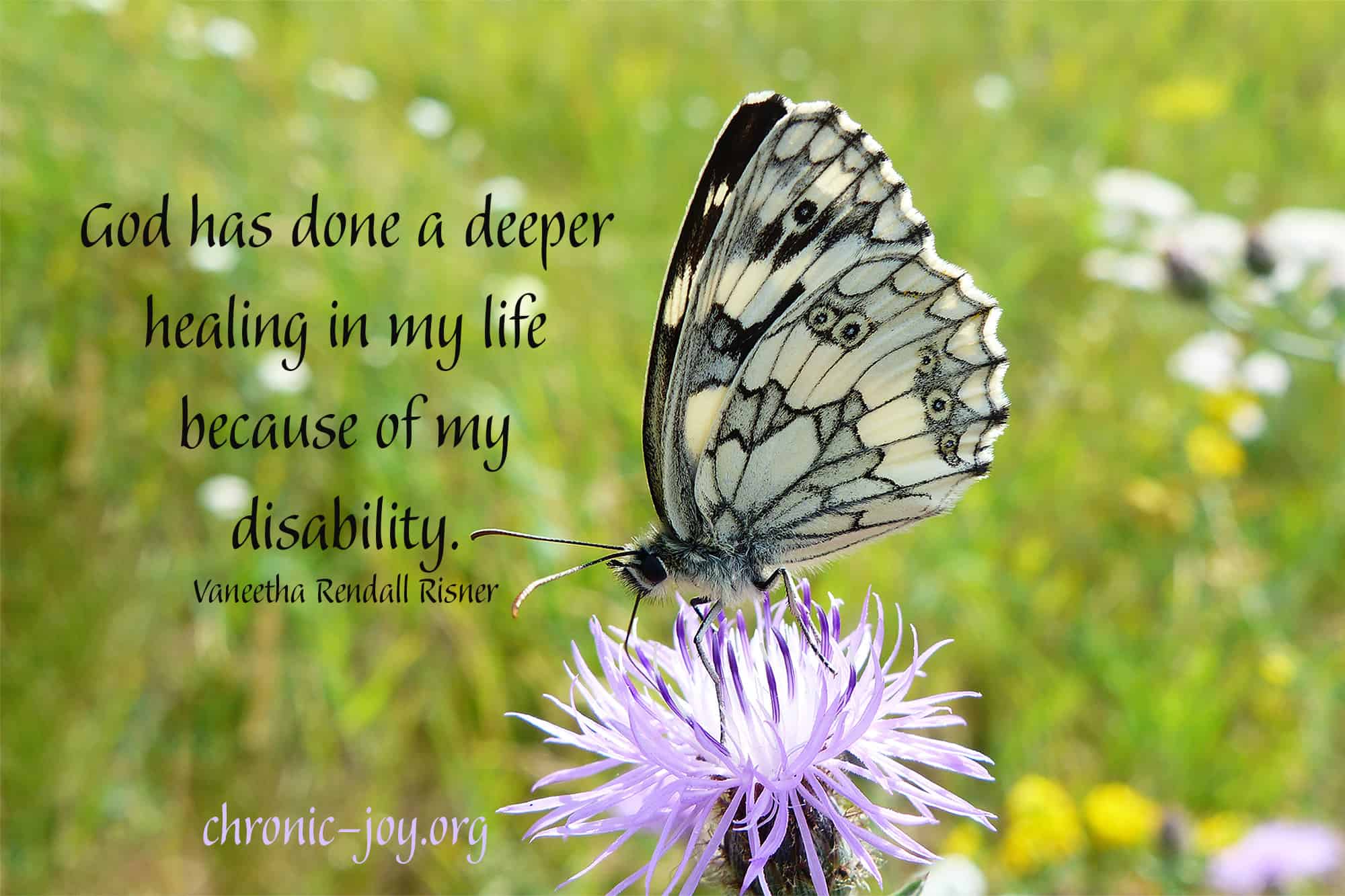 Why Doesn’t God Heal Everyone? 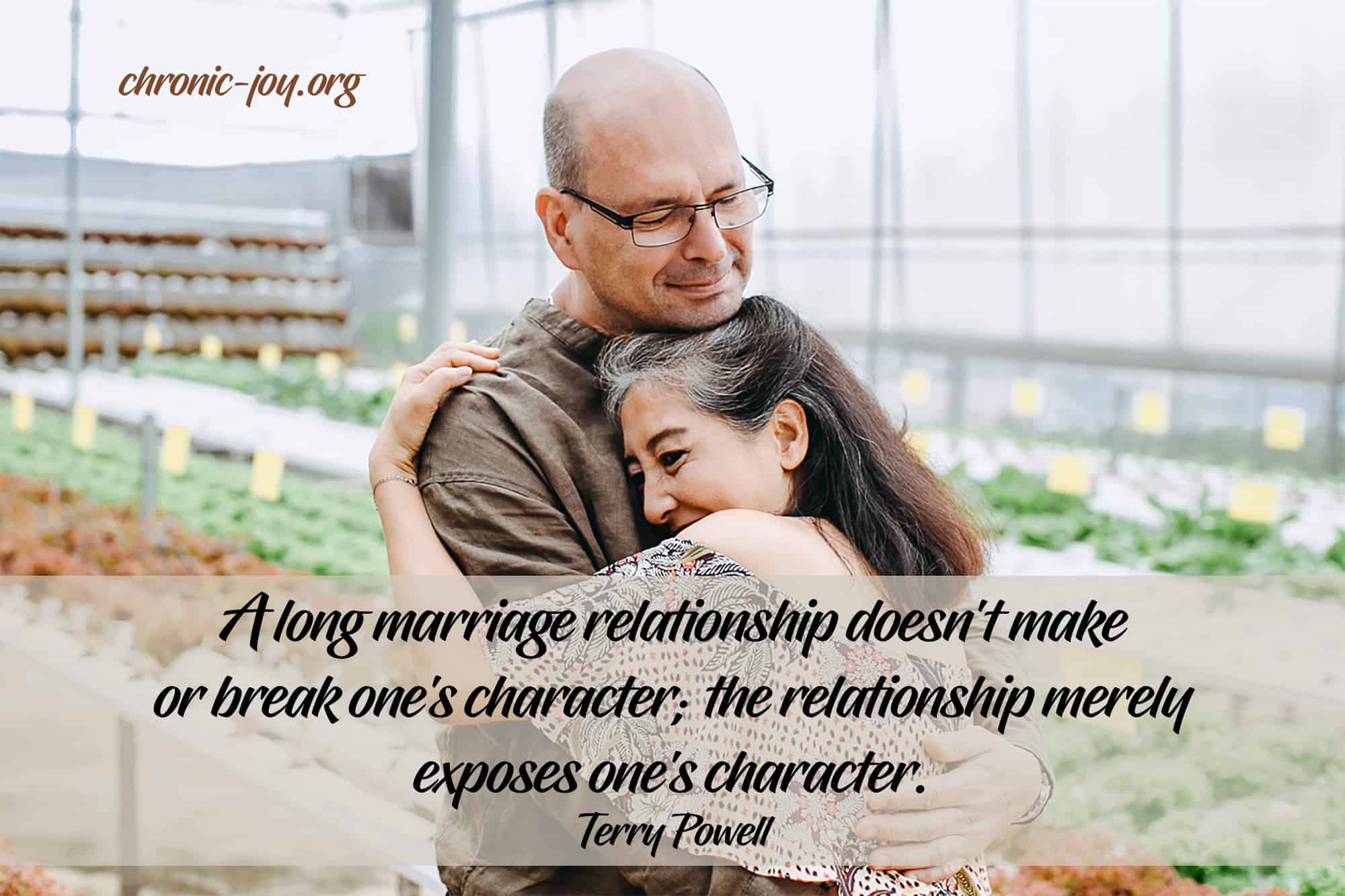 The Autumn Years of Marriage 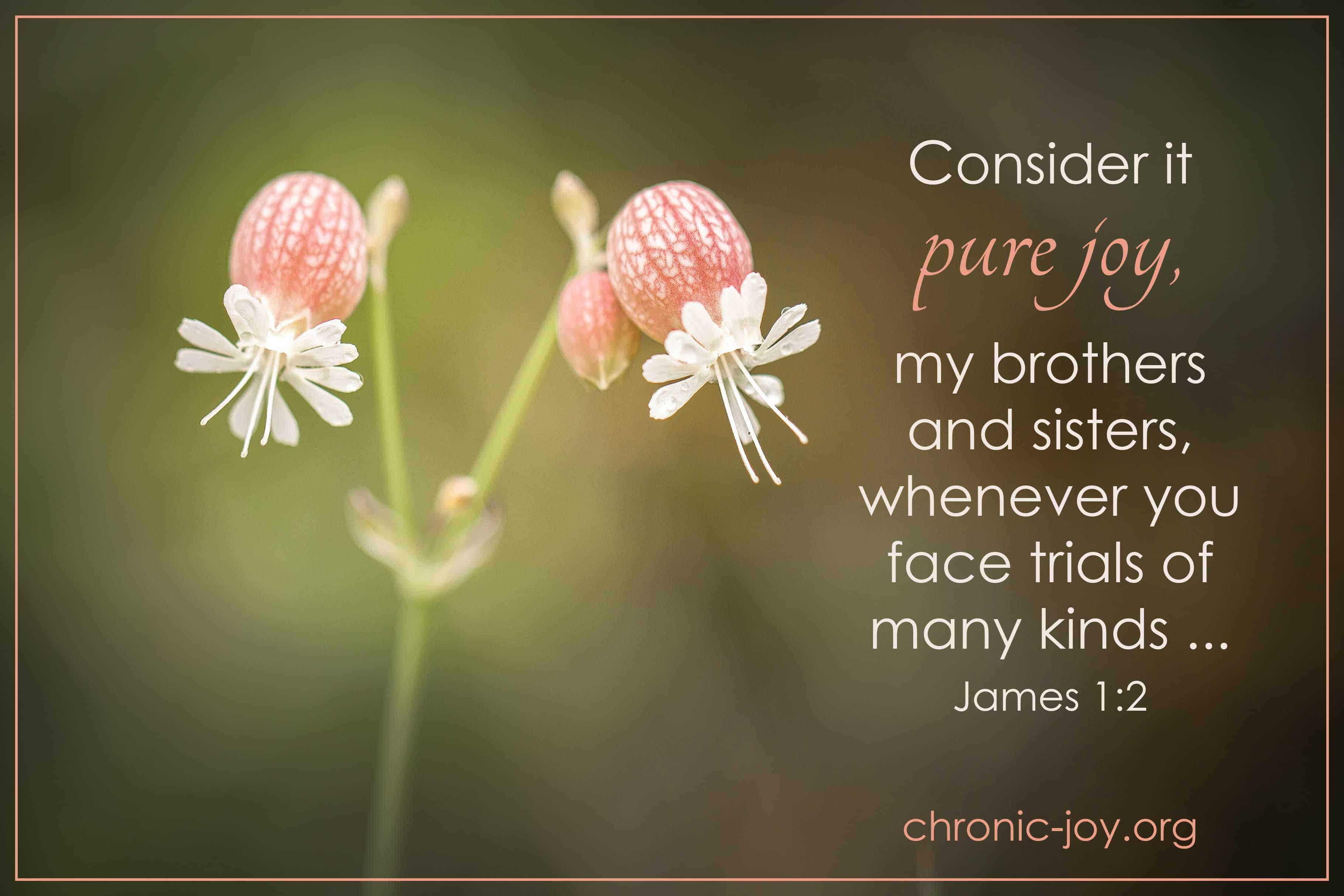 Why Does God Allow Suffering 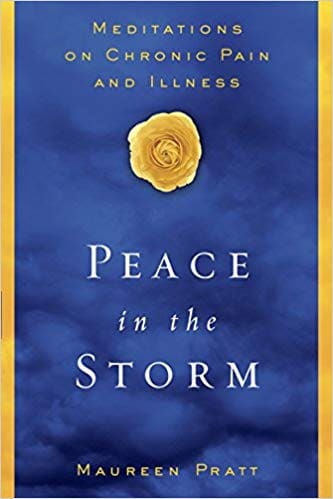 Peace in the Storm: Meditations on Chronic Pain and Illness

Using a combination of Bible passages, her own observations and insights, and prayer, Pratt provides help on issues that include dealing with isolation, coping with medical expenses, and learning to say no. Written with unstinting honesty and humor, Peace in the Storm will help readers identify their own spiritual and physical needs. 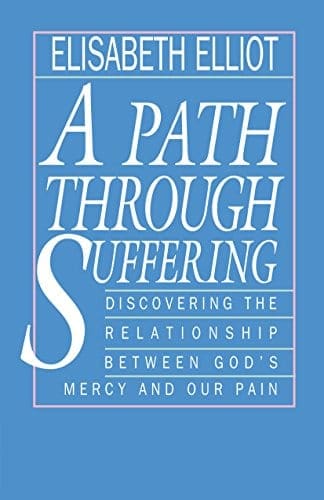 A Path Through Suffering

In this powerful moving book, Elisabeth Elliot does not hesitate to ask hard questions, to examine tenderly the hurts we suffer, and to explore boldly the nature of God whose sovereign care for us is so intimate and perfect that he confounds our finite understanding. Suffering and joy are two strands of a single fiber. Joy thrives in the midst of suffering, for it is not rooted in circumstance, but is born of the knowledge that God is present in every moment of our lives. 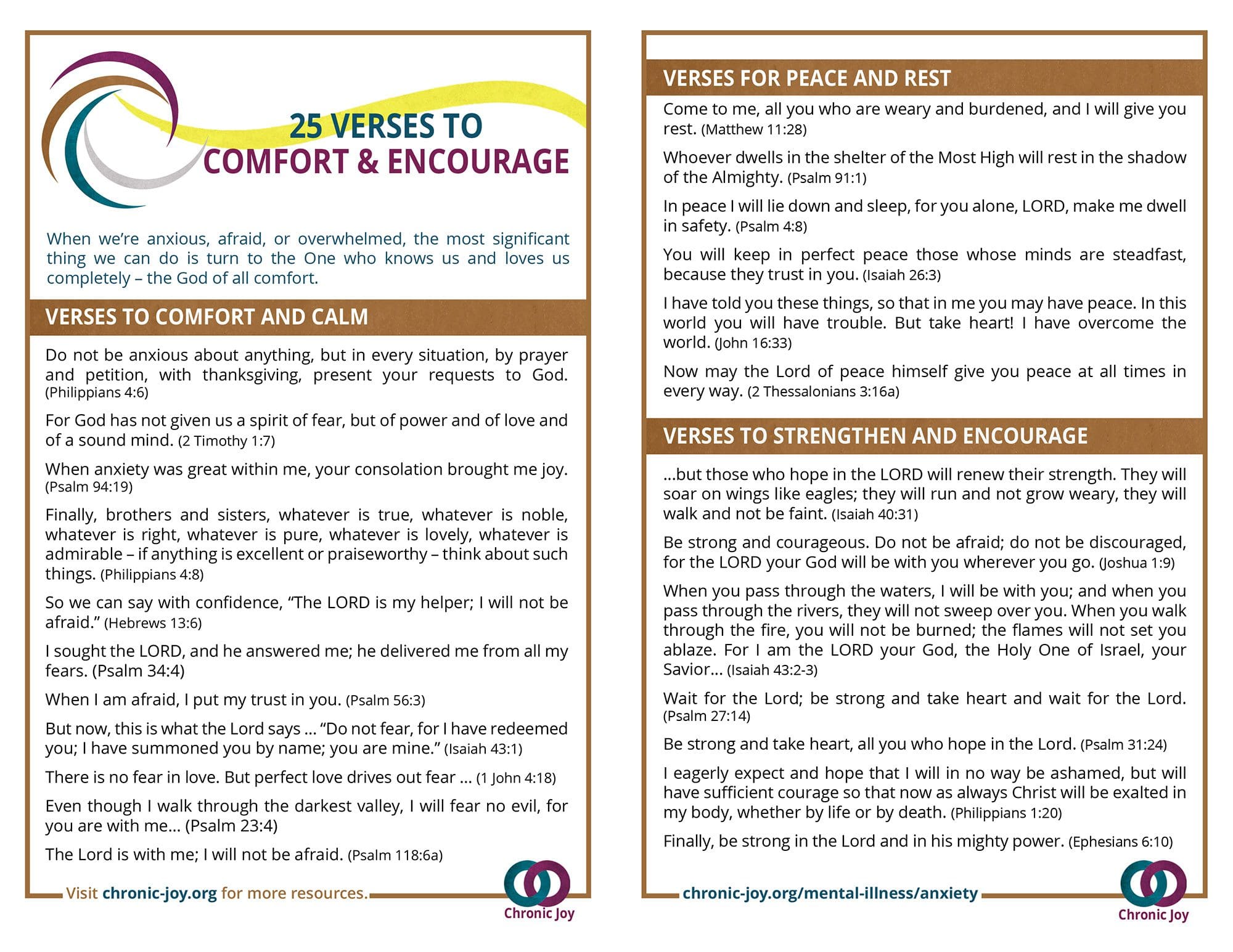