Serving Out of a Poverty of Health When we give out of what we have, no matter how small, it is greatly pleasing to the Lord. ~ Esther Smith

y  A Season of Pain

A distinct memory is ingrained in my mind of one of my worst seasons of pain. I remember that it was November and my husband was going through an important time at work. He was completing a difficult and intense several weeks of training that would hopefully lead to a promotion. I was in one of the worst pain flare-ups of my life and each day was a struggle to survive.

I remember considering how I could support my husband through his training, and the only thing I felt physically capable of doing was to make him lunch every day so he would have one less thing to worry about. Every day I made three peanut butter and jelly sandwiches.

My life was reduced to bare minimum mode plus this one extra task each day. Making these sandwiches took me multiple times getting off the couch with rests in between to get it done. I would get up and take everything out of the fridge. Rest. Put the peanut butter on. Rest. Jelly. Rest. Sandwiches into sandwich bags. Rest. Put everything away. Long rest.

Jesus speaks encouraging words to us when our acts of service feel insignificant and unneeded. In the gospel of Luke, we find the story of the widow’s mite.

“As Jesus looked up, he saw the rich putting their gifts into the temple treasury. He also saw a poor widow put in two very small copper coins. ‘Truly I tell you,’ he said, ‘this poor widow has put in more than all the others. All these people gave their gifts out of their wealth; but she out of her poverty put in all she had to live on.’” Luke 21:1-4 NIV

Serving – An Act of Sacrifice

Jesus looked at the widow’s small offering and saw anything but insignificance. He was greatly pleased with her sacrifice, despite the small quantity she had to give. Contrary to the ways of this world, Jesus sees service as an act of sacrifice, not a competition to see who can give the most. Just as the widow gave out of a poverty of financial ruin, in the same way, those who live with debilitating chronic pain give out of a poverty of health.

When unloading the dishwasher is the Mt. Everest you climb every day.

When you play with your kids even though it hurts.

When your daily commute is the daily cross you bear.

When all you have to contribute is a kind word, a listening ear or a smile…

When we give out of what we have, no matter how small, it is greatly pleasing to the Lord. Jesus looks on these sacrifices and says, “You have done more than all of those who give out of abundance.”

Watch Esther’s presentation:  Your Labor Is Not In Vain from Diamonds 2019, the Living Hope Conference.

Serving Out of a Poverty of Health

An Open Letter to Those Unaccustomed to Being Stuck at Home

END_OF_DOCUMENT_TOKEN_TO_BE_REPLACED 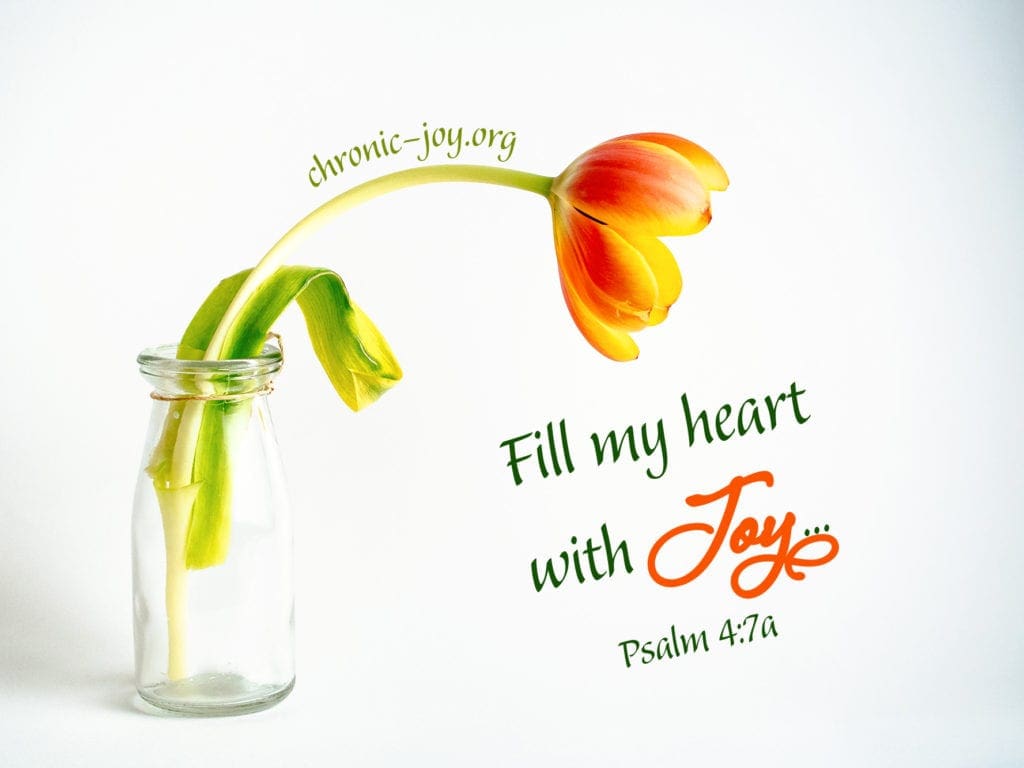 21 Ways to Cope with a Chronic Pain Flare

y  Chronic pain flares are hard. Practice these 21 strategies to make them just a little easier.  1.  Get the Grief Out. Have a good cry. Let yourself be sad. Don’t put on a positive act right at the beginning. It is normal and healthy to feel upset when bad things happen. Find ways to get out...

END_OF_DOCUMENT_TOKEN_TO_BE_REPLACED 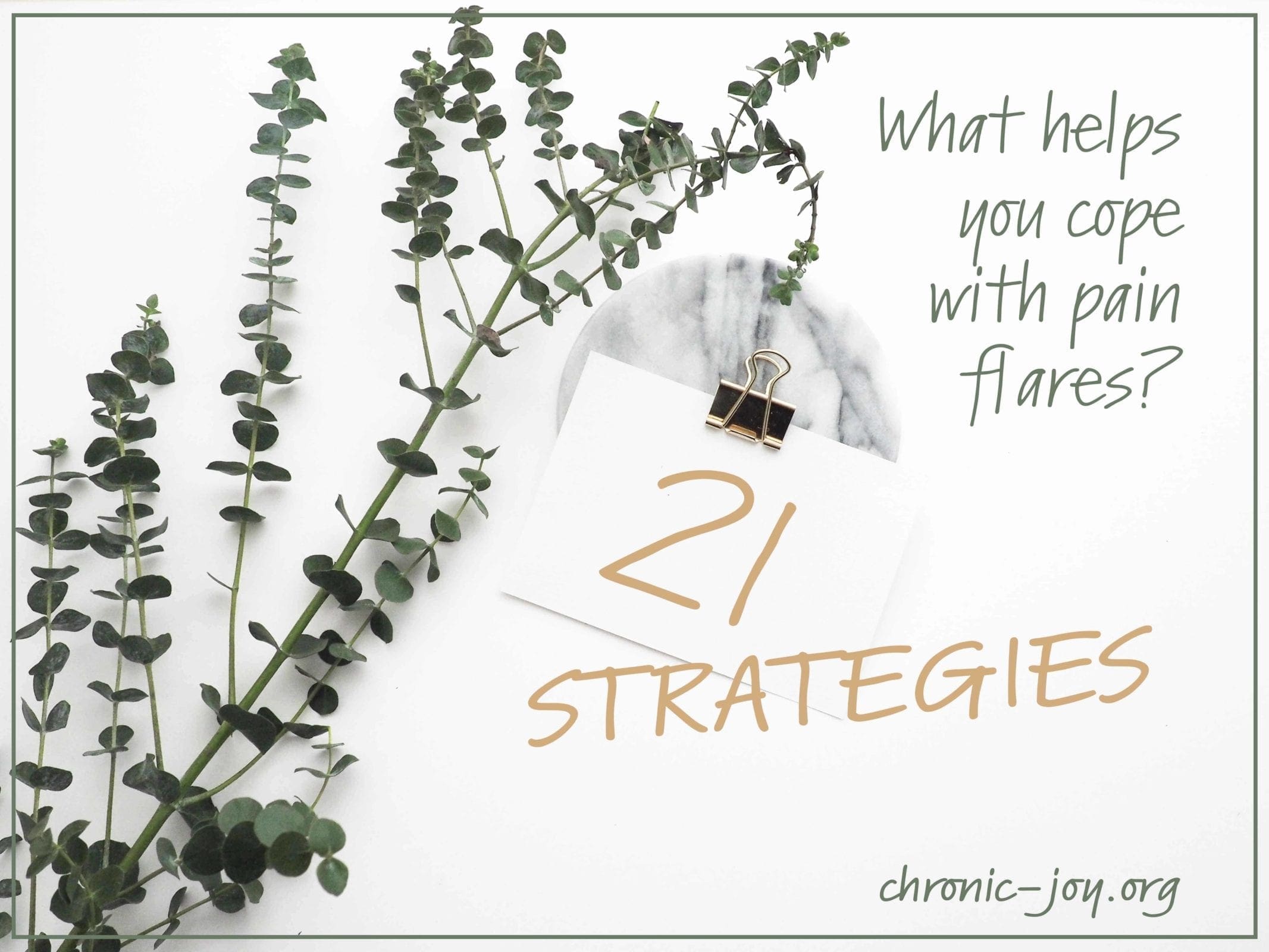 Esther is a licensed and biblical counselor. In 2014, she began writing about her personal experience with chronic pain, and continues to use her website, Life in Slow Motion, to encourage people facing physical and mental illness challenges.

Her book Chronic Illness: Walking by Faith, released in May of 2020. She also self-published two short books But God, Wouldn’t I Be More Useful to You If I Were Healthy? and When Chronic Pain and Illness Take Everything Away that explore how people with chronic illness can approach the topics of grief and loss.

Esther lives in Baltimore, Maryland with her husband, Ian, and their dogs, Bella and Bug. 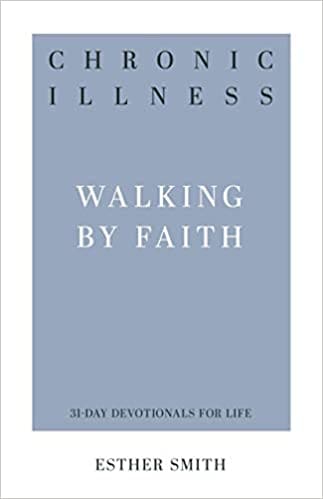 Physical symptoms and limitations change all aspects of life, leading to losses and to unique challenges that are difficult to navigate. Discover encouragement and practical application, showing you how to release guilt and shame, ask for help, balance work and rest, and get through days of difficult symptoms. 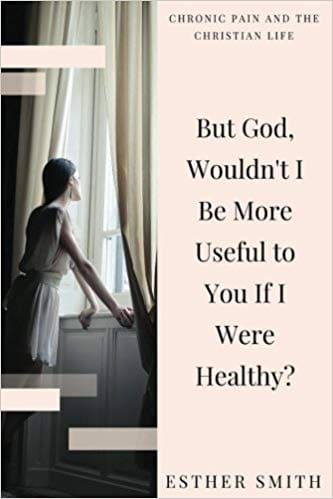 But God, Wouldn’t I Be More Useful to You If I Were Healthy?

When it comes to chronic pain and illness, perhaps no questions cause more confusion than the ones that arise when you are pulled out of a thriving life of work that benefits the world, only to spend your hours, days, and weeks languishing in bed. It just doesn’t make sense. Why, God? Why would you take away my thriving career when it took me years to get to this point? 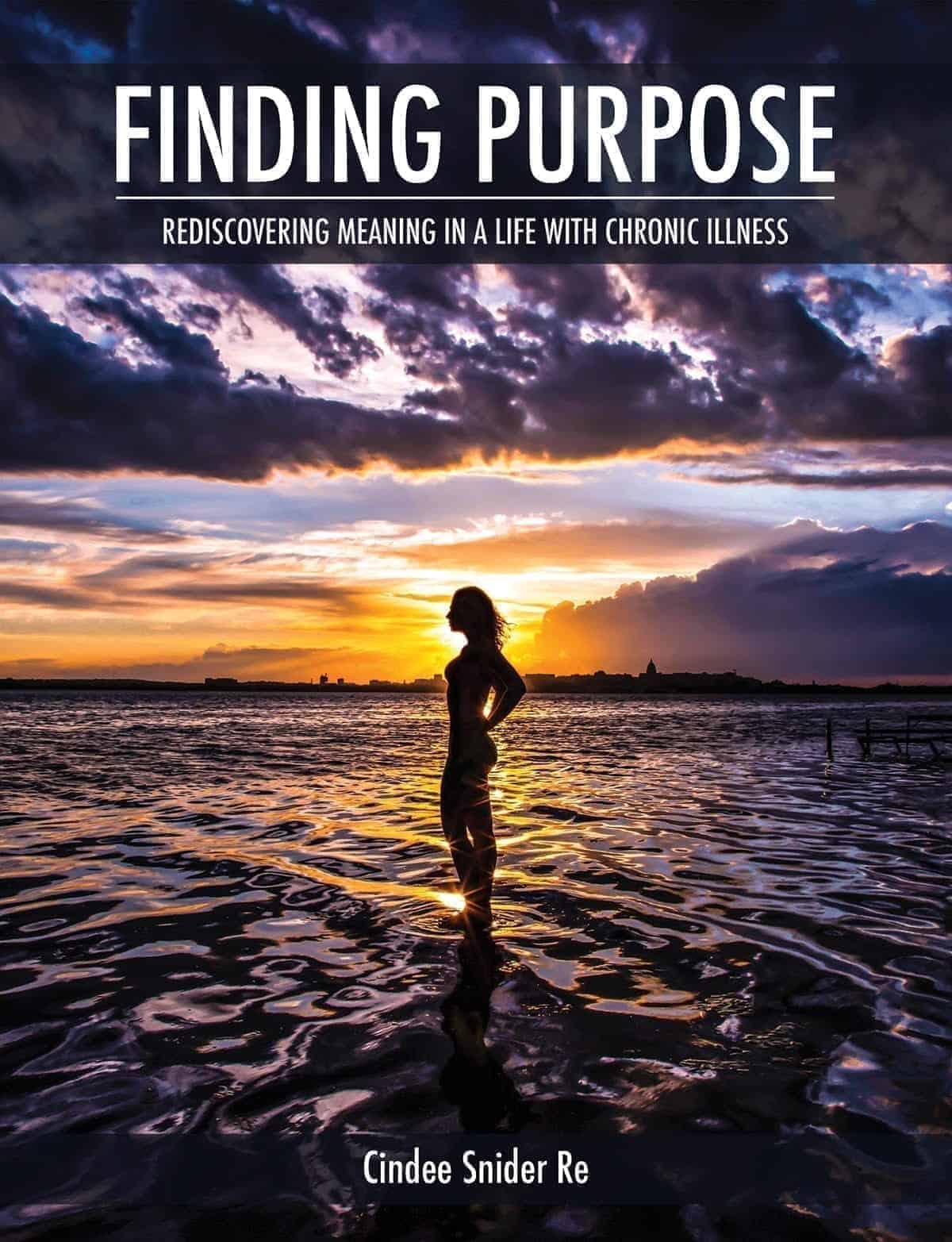 FINDING PURPOSE: Rediscovering Meaning in a Life with Chronic Illness

What if purpose looks different than we believe?

This 10-chapter study invites participants to release cultural and traditional definitions of purpose, and instead, to embrace God's - a timeless definition rooted in His Word and as refreshing as a gentle spring rain.

Our hearts are wired to serve, because we were created for community. Chronic illness can make serving in traditional or culturally familiar ways challenging, but not impossible. Discover creative new ways to love God and others right where you are, however you are able.